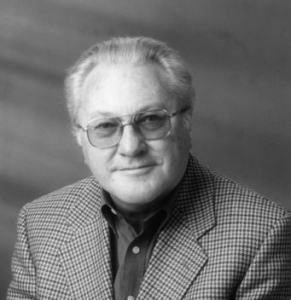 Günter W. Lugmair did pioneering work in isotope geochemistry and was most recently Emeritus in the Geosciences Research Division. Lugmair was born in 1940 in Wels, Austria. He studied physics and obtained his doctorate in 1968 at the University of Vienna. From 1965 to 1968, he worked at the Max Planck Institute for Chemistry in Mainz, Germany. In 1968, he immigrated to the United States, where he became a research chemist at the University of California (UC), San Diego. He returned to Germany to become Director of the Department of Cosmochemistry at the Max Planck Institute for Chemistry in 1996. After his retirement in 2005, he returned to California and was named Distinguished Research Scientist at UC San Diego, becoming Emeritus in 2007.

He made significant contributions to understanding the genesis of the solar system and profoundly influenced the evolution of isotope geochemistry. In 1974, he developed a mass spectrometric method for determining the age of lunar and meteorite specimens, which is now considered one of the most reliable and widely used techniques for dating terrestrial rocks and explaining their history. He proved the former existence of a certain samarium isotope in meteorites and thereby answered questions about the early history of our solar system. Lugmair made important contributions to our knowledge of the formation processes of chemical elements in stars by determining the isotopic composition of trace metals with unprecedented precision. He also succeeded in determining the age of our solar system precisely at 4.57 billion years. In 1998, he found evidence of the extraterrestrial origin of the iridium anomaly. It is considered an indication of the impact hypothesis, which traces the extinction of many large animal species about 65 million years ago to the consequences of a meteorite impact.

Lugmair’s work was recognized internationally. During his career, he received awards from NASA, the National Academy of Science, and the Meteorological Society. He was the recipient of the Geochemical Society’s V. M. Goldschmidt Award, given for major achievements in geochemistry or cosmochemistry. He was also a fellow of the American Geophysical Union and a member of Academia Europaea.