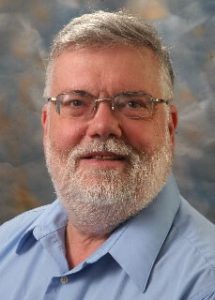 H. Jay Melosh, a Distinguished Professor of Earth and Atmospheric Sciences at Purdue University, passed away on September 11, 2020.

Melosh earned a degree in physics from Princeton University and a doctoral degree in physics and geology from the California Institute of Technology in 1972. His Ph.D. thesis concerned quarks, but his professional research interests included impact craters, planetary tectonics, and the physics of earthquakes and landslides. His recent research included studies of the giant impact origin of the Moon, the Chicxulub impact that is thought to have extinguished most dinosaurs, and studies of ejection of rocks from their parent bodies. He was also active in astrobiological studies that relate chiefly to the exchange of microorganisms between the terrestrial planets (a process known as panspermia or transpermia).

Melosh joined the faculty of Purdue University in 2009 and remained on staff there until his death. Prior to his job at Purdue, he was a Professor of Planetary Science at the University of Arizona from 1982–2009.

Asteroid 8216 Melosh is named in his honor.