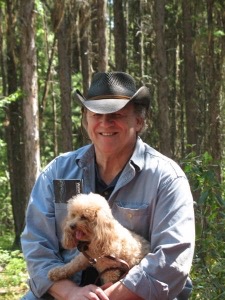 James Joseph (“Jim”) Papike, former Director of the Institute of Meteoritics (IOM) at the University of New Mexico and longtime member of the planetary science community, passed away on December 21, 2020, just two days after the loss of his wife and lifelong partner, Pauline.

Papike received his Ph.D. in geology from the Department of Geology and Geophysics at the University of Minnesota in 1964. He was a leader in the field of mineralogy and geochemistry of planetary materials, especially martian and lunar samples, and was the author of more than 200 publications in this area of research alone. Throughout his career, Papike built and led great organizations to even greater stature. He served as a key advisor to NASA for many years following the Apollo program and was a powerful and influential force at NASA on the development of new and more successful strategies for sampling extraterrestrial materials.

Papike took over as Director of the IOM in July 1990. During his tenure there, the Institute continued to grow. Studies of martian meteorites became an additional research emphasis, particularly because many new meteorites from this suite were being discovered. The controversial announcement made by scientists from Johnson Space Center in 1996 that there was evidence for fossil life in one of the martian meteorites resulted in a surge of research in martian geology and the IOM contributed significantly to this work. Research in the IOM thus expanded to include material from a variety of inner solar system bodies.

One of the major efforts by the IOM was the publication in 1998 of Planetary Materials, an encyclopedic reference work on inner solar system materials published by the Mineralogical Society of America in the Reviews of Mineralogy series and edited by Papike. This volume, the longest in the series, was the brainchild of Papike. He recognized that the planetary material scientists who analyze samples needed to work hand in hand with the remote sensing community, as the numbers of samples will always be small and not necessarily representative of an entire planetary surface.

Papike also worked to develop an ion microprobe (secondary ion mass spectrometer) facility that began as a shared facility with Sandia National Laboratories and culminated in the complete transfer of the Cameca 4f instrument to the IOM. Coupled with new scanning electron microscopy and electron microprobe instruments maintained and operated by the IOM, and new transmission electron microscopes in the university’s Department of Earth and Planetary Sciences, this consolidated the IOM’s strength as a microbeam research institute in planetary materials. Papike retired as Director in 2002 but remained with the IOM as a Research Professor and continued to conduct research funded by NASA for many years.

In addition to his role with the IOM, over the course of his career, Papike served as a former president of both the Mineralogical Society and the Geochemical Society and was the Fellow of a number of organizations for the advancement of science. He was also a recipient of the Outstanding Achievement Award from the University of Minnesota’s Institute of Technology.

To his many students, friends, and acquaintances, Papike was a mineralogist, crystallographer, petrologist, geochemist, geological engineer, promoter of planetary sample return, meteoriticist, hockey player, ice fisherman extraordinaire, dog lover, or a Ranger, to name just a few of his many passions. He was always ahead of the curve in anticipating new questions worthy of major initiatives as well as innovative analytical approaches to reexamine science problems. His thorough review papers are classics that will continue to be cited for many years to come. Papike was truly a presence at institutions of amazing diversity across the breadth and depth of this country and overseas. But more than that, he had a prominent physical and intellectual presence that left an impression not just on the scientists he interacted with but also the public.

— Portions of text courtesy of the Institute of Meteoritics, Chip Shearer, and Steve Simon.