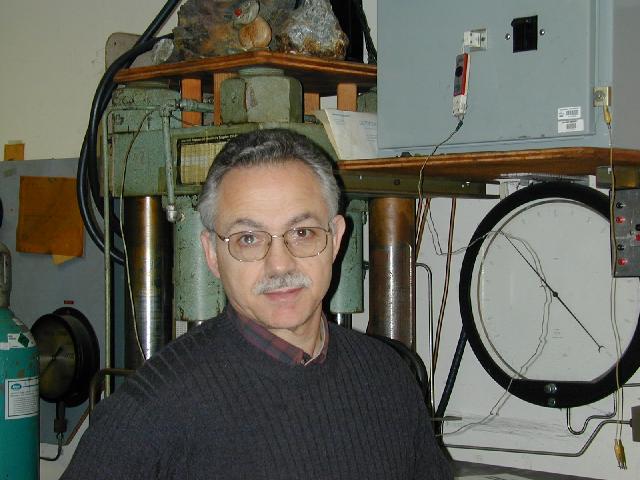 The Lamont-Doherty Earth Observatory announced that petrologist and long-time Lamont staff member John Longhi passed away in August after battling Parkinson’s disease for three decades. One of the graduates of the powerhouse petrology lab of Jim Hays at Harvard in the 1970s —a lab that also produced Dave Walker, Ed Stolper, and Tim Grove, among others — Longhi contributed substantially to our understanding of lunar basalts, their origin, and the causes of their chemical differences.

Longhi was born in White Plains, New York; was raised in Larchmont, New York; and lived most of his adult life in Hamden, Connecticut. Following his graduation from Notre Dame with a B.S. in Geology (Summa Cum Laude), Longhi joined the Peace Corps and served in Kenya for more than two years. While in Kenya, Longhi designed and supervised construction of rural water supplies. Upon returning to the U.S., Longhi moved to Cambridge, Massachusetts, then held post-doctoral fellowships at the Massachusetts Institute of Technology and the University of Oregon before joining the faculty at Yale University. In 1988 joined the staff at the Lamont-Doherty Earth Observatory of Columbia University, where he worked on increasing our understanding of the origin of the chemical variation in lavas on Earth, the Moon, and meteorite parent bodies.

Longhi’s work involved laboratory measurement and modeling of basaltic phase equilibria. He applied this work to a variety of topics, such as angrite petrogenesis, the origin of Proterozoic (massif) anorthosites, partition coefficients and mid-ocean-ridge basalt petrogenesis, systematics of mantle melting, and the origin of lunar anorthosites. He was a fellow of the Mineralogical Society of America and a member of the American Geophysical Union and Sigma Xi: The Scientific Research Honor Society. He was awarded the National Science Foundation Fellowship, the Harvard University Graduate National Fellowship, the Yale University Junior Faculty Fellowship, and honorable mention for the Woodrow Wilson Fellowship.

Longhi’s career and life were shortened by advancing Parkinson’s disease, but he will always be remembered for his calm disposition and timely sense of humor.

— Portions of text courtesy of the Lamont-Doherty Earth Observatory