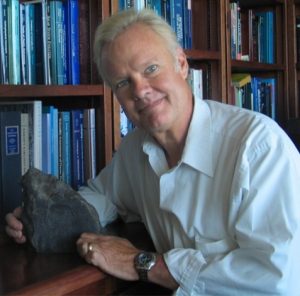 This is the society’s highest and oldest award and is given to individuals who have made outstanding original contributions to the science of meteoritics or closely allied fields. It is named for Frederick C. Leonard, who was a founder of the Meteoritical Society and its first president. This year the award was presented to Mark Thiemens (University of California, San Diego, USA), for the fundamental insight that local chemical fractionation processes can explain oxygen isotope systematics in the early solar system, a seminal breakthrough in understanding one of the most important observations in meteoritics. 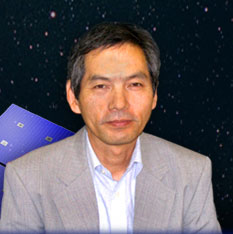 Both the medal and the award are sponsored by the Barringer Crater Company and were created in memory of D. Moreau Barringer Sr. and his son D. Moreau Barringer Jr. The award is given for outstanding work in the field of impact cratering. This year, the Barringer Award is given to Akira Fujiwara (Institute of Space and Astronautical Science, and the Japan Aerospace Exploration Agency) for his pioneering work in the investigation of the collisional disruption of small bodies in the solar system. The citation was given by Masanao Abe.

This prize is awarded to a young scientist in the field of meteoritics, and the 2017 winner is Francis McCubbin of the NASA Johnson Space Center (Houston, Texas, USA). McCubbin receives this award for his significant contributions to our understanding of lunar volatiles, and the cosmochemical implications for both lunar and solar system evolution. The citation was given by Carl Agee. 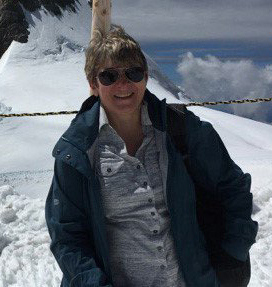 Cecilia Satterwhite of Jacobs, Inc. (at NASA Johnson Space Center), in Houston, Texas, is the winner of the 2017 Meteoritical Society Service Award. Satterwhite receives this award for her effort in curatorial work that is critical to implementation of essentially all research on the U.S. Antarctic meteorite (ANSMET) collections. The citation was given by Kevin Righter. This award honors members who have advanced the goals of the Society to promote research and education in meteoritics and planetary science in ways other than by conducting scientific research.

This award is given for the best oral presentation by a student at the annual meeting of the 80th Annual Meeting of the Meteoritical Society. The 2017 award goes to Jennika Greer of the University of Chicago (Illinois, USA) for her talk entitled “Atom Probe Tomography of Lunar Regolith Ilmenite Grain Surfaces.” The McKay Award honors the memory of Gordon A. McKay and is supported by the McKay Fund, established in 2008 as a part of the society’s endowment.

Sponsored by the publisher of Meteoritics and Planetary Science, four Wiley Awards are given each year for outstanding oral presentations by students at the annual meeting. For this year’s meeting in Santa Fe, the awardees are Daniel R. Dunlap (Arizona State University) for the presentation “26Al-26Mg Systematics of the Ungrouped Achondrite Northwest Africa 11119:  Timing of Extraterrestrial Silica-Rich Magmatism,” Maximilien J. Verdier (Muséum National d’Histoire Naturelle, Paris) for the presentation “Temperature Precipitation of Ca-Carbonates in CM Chondrites Inferred from In-Situ Oxygen Isotopes,” Jonas Pape (University of Bern) for the presentation “In-Situ 26Al-26Mg Dating of Single Chondrules by Secondary Ion Mass Spectrometry,” and Lionel G. Vacher (Université de Lorraine, France) for the presentation “Petrographic and Isotopic C and O Survey of the Earliest Stages of Aqueous Alteration of CM Chondrites.”