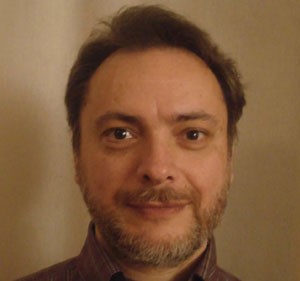 It is with great sadness that we announce the passing of our colleague Michael I. Mishchenko on July 21, 2020. Mishchenko was a graduate of the Moscow Institute of Physics and Technology and received his Ph.D. (with honors) and Habilitation Doctoral degrees in physics from the National Academy of Sciences of Ukraine (NASU). He worked at the Main Astronomical Observatory in Kiev (1987–1992) and then joined the research staff of the NASA Goddard Institute for Space Studies in New York. Mishchenko’s research interests included electromagnetic scattering by morphologically complex particles and particle groups, polarimetry, aerosol and cloud remote sensing, and ocean optics.

One of Mishchenko’s principal accomplishments was his development of efficient T-matrix methods to enable numerically exact computer calculations of scattering and absorption by complex dispersions of randomly and preferentially oriented atmospheric particulates. T-matrix techniques are based on direct solutions of the Maxwell equations. The resulting computer programs work for morphologically complex particles with large size parameters, with benchmark accuracy over their range of applicability. Mishchenko’s T-matrix computer programs have been publicly available online since 1997, and have been used in more than 1450 peer-reviewed publications. Mishchenko himself used T-matrix methods in pioneering studies of the effects of morphological particle complexities on the radiative, polarization, and depolarization properties of mineral aerosols, fractal-soot and soot-containing aerosols, soot-contaminated cloud droplets, contrail particles, and polar stratospheric and noctilucent clouds.

While Mishchenko was a consummate theoretician he also managed the NASA/GEWEX Global Aerosol Climatology Project, developing an innovative algorithm to infer aerosol properties from multi-channel ISCCP radiance data and compiling the first global satellite climatology of aerosol optical thickness and size for the full period of satellite observations. Building on this work, his seminal sensitivity analysis of passive algorithms for the retrieval of aerosol properties from space using radiance and polarization data was instrumental in the development of the NASA Glory Space Mission, for which he served as Project Scientist.

Mishchenko published 7 monographs, 23 peer-reviewed book chapters, and some 300 journal papers. He was Editor-in-Chief of the Journal of Quantitative Spectroscopy and Radiative Transfer and of Physics Open. He previously served as Topical Editor on scattering and meteorological optics for Applied Optics and was an editorial board member for several other scholarly journals.