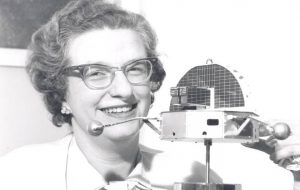 Astronomer Nancy Roman, the first woman to hold a senior leadership position at NASA, died on December 25 at the age of 93. After receiving her doctorate in astronomy from the University of Chicago in 1949, she remained at the university as a research associate until 1955, when she joined the Radio Astronomy Branch of the Naval Research Laboratory. In 1959, she moved to NASA, which had been established the year before. In 1960, she became chief of the agency’s Astronomy and Relativity Programs, remaining in that job until her retirement from the agency in 1979. Among her achievements, Roman is best known for championing the project that became the Hubble Space Telescope, which launched in 1990 and is still in operation. An extensive oral history with Roman is available via the AIP Niels Bohr Library and Archives (https://bit.ly/2shKELH).