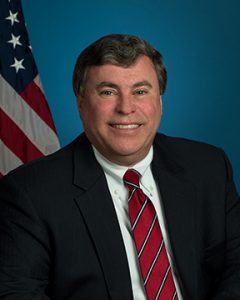 Morrow has been serving as Goddard’s deputy center director since April 2015 and previously served as both director and deputy director of the Flight Projects Directorate at Goddard. He began his career at Goddard in 1983 as the Lead Spacecraft Battery Systems Engineer. He holds a Bachelor of Science degree in Chemical Engineering from the University of Virginia and Masters of Engineering Administration degree from George Washington University.

Goddard is home to the nation’s largest organization of scientists, engineers and technologists who build spacecraft, instruments and new technology to study Earth, the Sun, our solar system, and the universe.