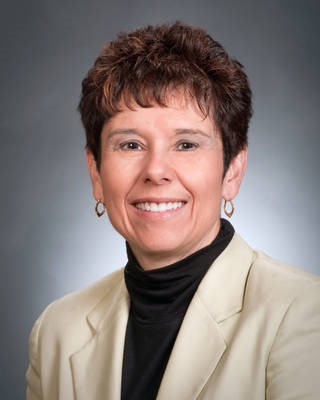 NASA Administrator Jim Bridenstine named Marla Pérez-Davis director of the agency’s Glenn Research Center in Cleveland. Pérez-Davis has been serving as the acting director of Glenn since Oct. 1, 2019.

“I appreciate both the scope of responsibility Marla has taken on and the estimable abilities she brings to the table as a longtime member of the Ohio community,” said NASA Administrator Jim Bridenstine. “I look forward to working with her in her new position as we move forward to achieving NASA’s, and the nation’s, ambitious Moon to Mars exploration goals.”

As Glenn’s director, Pérez-Davis will lead a center that has a decades-long tradition of excellence in aeronautics and spaceflight, with more than 3,200 civil service and contractor employees and an annual budget of approximately $933 million.

Prior to this appointment, Pérez-Davis was the deputy director of Glenn, sharing responsibility with the center director for planning, organizing, and managing the agency-level programs and projects assigned to the center.

Her prior leadership positions include serving as deputy director of the center’s Research and Engineering Directorate, where she was responsible for leading, planning, coordinating, and managing all phases of Glenn’s research and engineering activities to accomplish NASA missions.

Since joining Glenn in 1983, Pérez-Davis has held a number of other key positions, including director of the Aeronautics Research Office; chief of the Project Liaison and Integration Office; and chief of the Electrochemistry Branch. She also participated in the NASA Administrator’s Fellowship Program and served her tenure at the University of Puerto Rico-Mayaguez Campus, where she developed and implemented initiatives leading to K-12 teacher’s professional development and other outreach activities in Puerto Rico.

Pérez-Davis, a native of Puerto Rico, earned her bachelor’s degree from the University of Puerto Rico, a master’s degree from the University of Toledo and a doctorate from Case Western Reserve University in chemical engineering. In 2006, she completed NASA’s Senior Executive Service Candidate Development Program and the Office of Personnel Management Program. She is the recipient of numerous NASA awards including the NASA Outstanding Leadership Medal and the prestigious Presidential Rank Award for Meritorious Executives.

For information about NASA’s missions, programs, and activities, visit: https://www.nasa.gov.