NASA Administrator Statement on Return to Moon in Next Five Years 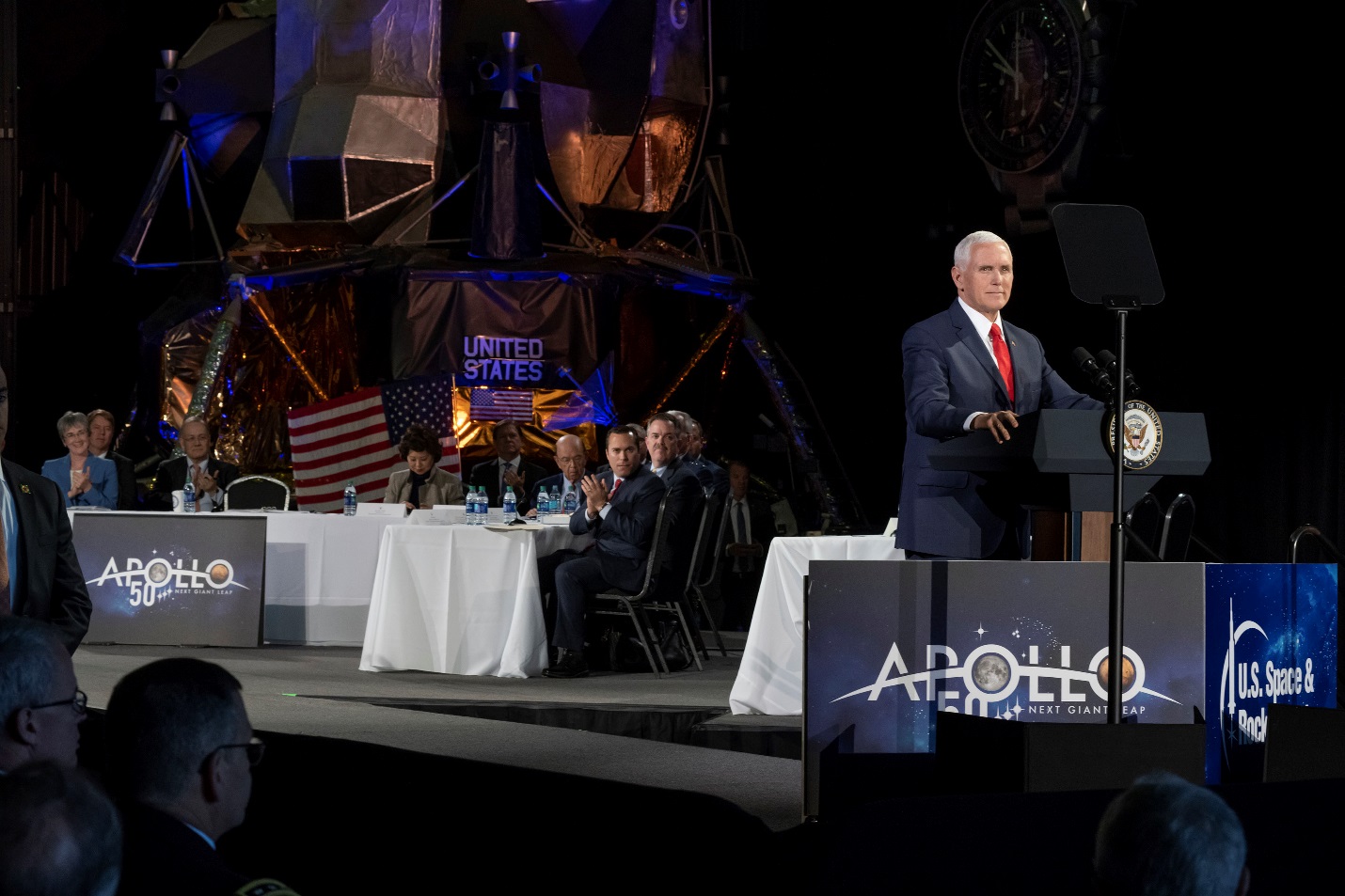 Vice President Mike Pence speaks about NASA’s mandate to return American astronauts to the Moon and on to Mars at the fifth meeting of the National Space Council March 26, 2019, at the U.S. Space & Rocket Center in Huntsville, Alabama. Credit: NASA.

The following is a statement from NASA Administrator Jim Bridenstine on Tuesday’s announcement by Vice President Mike Pence, at the fifth meeting of the National Space Council, about putting American astronauts back on the Moon in the next five years:

“Among the many topics discussed during our meeting at the U.S. Space and Rocket Center in Huntsville, Alabama, was to accelerate our return to the Moon:

“It is the right time for this challenge, and I assured the Vice President that we, the people of NASA, are up to the challenge.

“We will take action in the days and weeks ahead to accomplish these goals. We have laid out a clear plan for NASA’s exploration campaign that cuts across three strategic areas: low-Earth orbit, the Moon, and Mars and deeper into space.

“I have already directed a new alignment within NASA to ensure we effectively support this effort, which includes establishing a new mission directorate to focus on the formulation and execution of exploration development activities. We are calling it the Moon to Mars Mission Directorate.

“Earlier today I was also at Marshall Space Flight Center for an all-hands to reinforce our commitment to SLS with the workforce. We discussed my recent announcement that NASA would consider all options to fly Orion around the Moon on schedule. I shared the analysis we conducted to assess flying the Orion on different commercial options. While some of these alternative vehicles could work, none was capable of achieving our goals to orbit around the Moon for Exploration Mission-1 within our timeline and on budget. The results of this two-week study reaffirmed our commitment to the SLS. More details will be released in the future.

“There’s a lot of excitement about our plans and also a lot of hard work and challenges ahead, but I know the NASA workforce and our partners are up to it. We are now looking at creative approaches to advance SLS manufacturing and testing to ensure Exploration Mission-1 launches in 2020. We will work to ensure we have a safe and reliable launch system that keeps its promise to the American people.

“I know NASA is ready for the challenge of moving forward to the Moon, this time to stay.”

For more about NASA’s return to the Moon, visit https://www.nasa.gov/specials/moon2mars/.