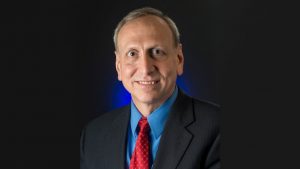 After more than three decades of service at NASA, Steve Jurczyk, who served as acting NASA administrator from January 20 to May 3, retired on May 14, 2021.

”Steve was instrumental to NASA over the past 32 years and had overseen incredible successes as associate administrator the last three years. His inclusive, collaborative, and creative leadership has had an incredible impact on this agency,” says NASA Administrator Bill Nelson. “Steve’s legacy at NASA is one of excellence, and I wish him well in his future endeavors.”

Jurczyk served as associate administrator, the agency’s highest-ranking civil servant, since May 2018, leading NASA throughout the pandemic and, most recently, overseeing the successful landing of the Perseverance rover on Mars, a successful Green Run test of the core stage of the Space Launch System rocket, the naming of the Mary W. Jackson NASA Headquarters, the launch of Crew-2 to the International Space Station, and the return of Crew-1 back to Earth.

Before being named associate administrator, Jurczyk served in a number of leadership roles at NASA, including associate administrator of the Space Technology Mission Directorate and director and deputy director of the agency’s Langley Research Center in Hampton, Virginia. He is the recipient of the NASA Distinguished Service Medal, two Outstanding Leadership Medals, the Presidential Rank Award for Meritorious Executive in 2006, and the Presidential Rank Award for Distinguished Executive in 2016 — the highest honors attainable for federal government leadership.

Steve Jurczyk was a 2021 Service to America Medal “Sammies” finalist, one of the highest honors for federal civil servants. He was nominated in the management excellence category for his leadership in response to the coronavirus.