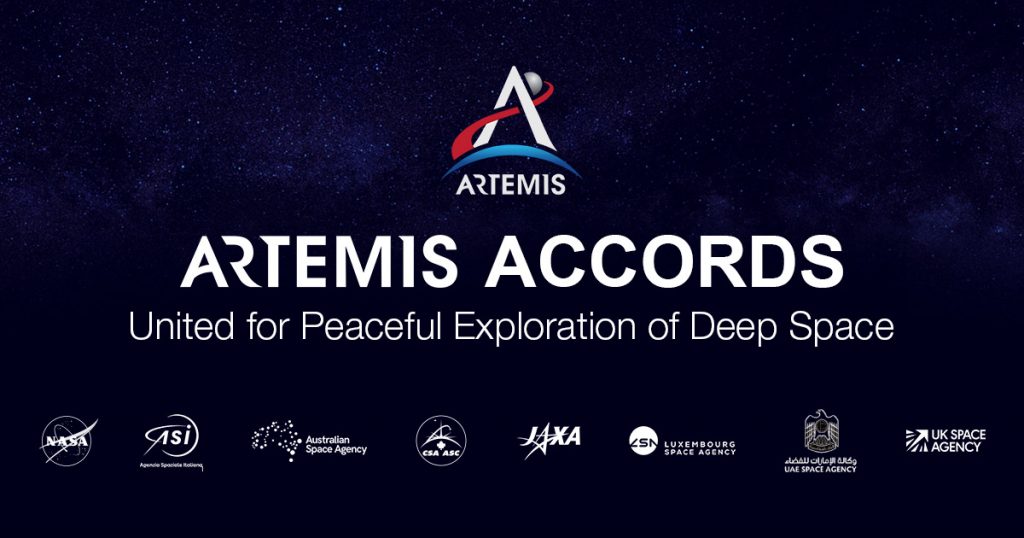 NASA is leading the Artemis program, which includes sending the first woman and next man to the surface of the Moon in 2024. International partnerships will play a key role in achieving a sustainable and robust presence on the Moon later this decade while preparing to conduct a historic human mission to Mars.

The founding member nations that have signed the Artemis Accords, in alphabetical order, are:

NASA announced it was establishing the Artemis Accords earlier this year to guide future cooperative activities, which will be implemented through bilateral agreements that describe responsibilities and other legal provisions. The partners will ensure their activities comply with the accords in carrying out future cooperation. International cooperation on Artemis is intended not only to bolster space exploration but to enhance peaceful relationships among nations.

The Artemis Accords reinforce and implement the 1967 Treaty on Principles Governing the Activities of States in the Exploration and Use of Outer Space, Including the Moon and Other Celestial Bodies, otherwise known as the Outer Space Treaty. They also reinforce the commitment by the U.S. and partner nations to the Registration Convention, the Agreement on the Rescue of Astronauts, and other behavior norms that NASA and its partners have supported, including the public release of scientific data.