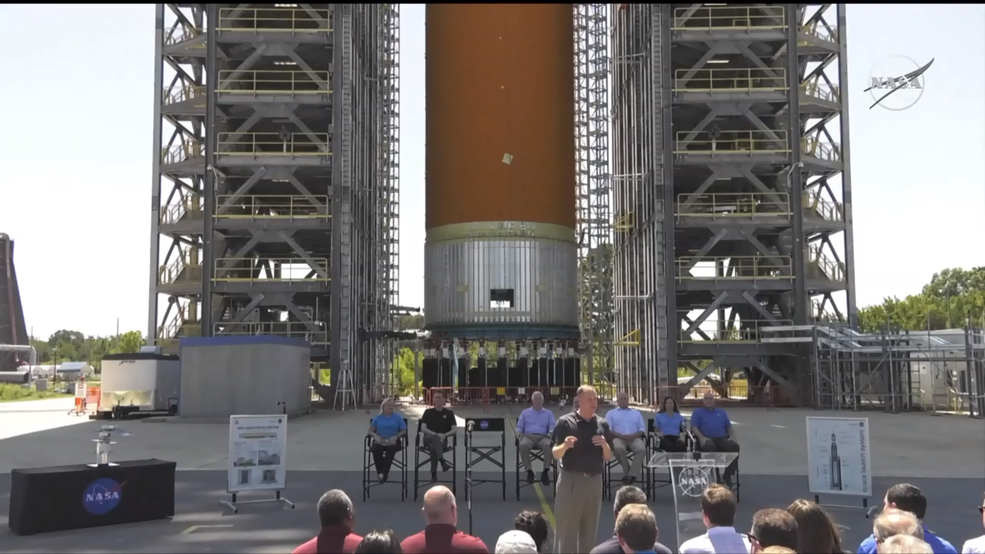 NASA Administrator Jim Bridenstine was joined by U.S. Representatives Mo Brooks and Robert Aderholt of Alabama and Scott DesJarlais of Tennessee at the agency’s Marshall Space Flight Center in Huntsville, Alabama, to announce the center’s new role leading the agency’s Human Landing System Program for its return to the Moon by 2024.

“Marshall Space Flight Center is the birthplace of America’s space program. It was Marshall scientists and engineers who designed, built, tested, and helped launch the giant Saturn V rocket that carried astronauts on the Apollo missions to the Moon,” Brooks said. “Marshall has unique capabilities and expertise not found at other NASA centers. I’m pleased NASA has chosen Marshall to spearhead a key component of America’s return to the Moon and usher in the Artemis era. Thanks to Administrator Bridenstine for travelling here to share the great news in person.”

Informed by years of expertise in propulsion systems integration and technology development, engineers at Marshall will work with American companies to rapidly develop, integrate, and demonstrate a human lunar landing system that can launch to the Gateway, pick up astronauts. and ferry them between the Gateway and the surface of the Moon.

“Marshall Space Flight Center, and North Alabama, have played a key role in every American human mission to space since the days of Mercury 7. I am proud that Marshall has been selected to be the lead for the landers program,” said Aderholt. “I am also very proud that Marshall has designed and built the rocket system, the Space Launch System, which will make missions to the Moon and Mars possible. We look forward to working with our industry partners and our NASA partners from around the country.”