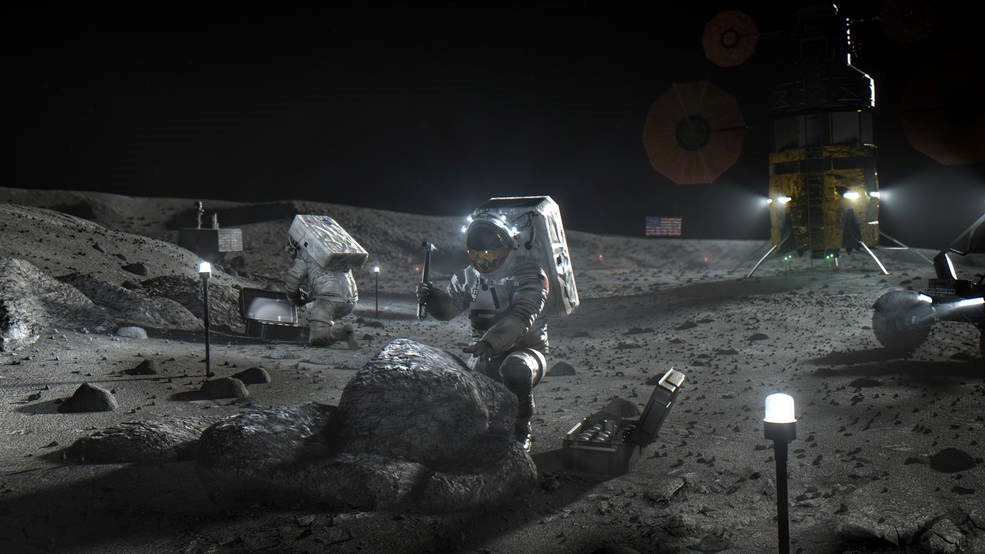 Illustration of Artemis astronauts on the Moon. Credit: NASA.

NASA has selected three U.S. companies to design and develop Human Landing Systems (HLS) for the agency’s Artemis program, one of which will land the first woman and next man on the surface of the Moon by 2024. NASA is on track for sustainable human exploration of the Moon for the first time in history.

The human landing system awards under the Next Space Technologies for Exploration Partnerships (NextSTEP-2) Appendix H Broad Agency Announcement (BAA) are firm-fixed price, milestone-based contracts. The total combined value for all awarded contracts is $967 million for the 10-month base period.

The following companies were selected to design and build human landing systems:

“With these contract awards, America is moving forward with the final step needed to land astronauts on the Moon by 2024, including the incredible moment when we will see the first woman set foot on the lunar surface,” said NASA Administrator Jim Bridenstine. “This is the first time since the Apollo era that NASA has direct funding for a human landing system, and now we have companies on contract to do the work for the Artemis program.”