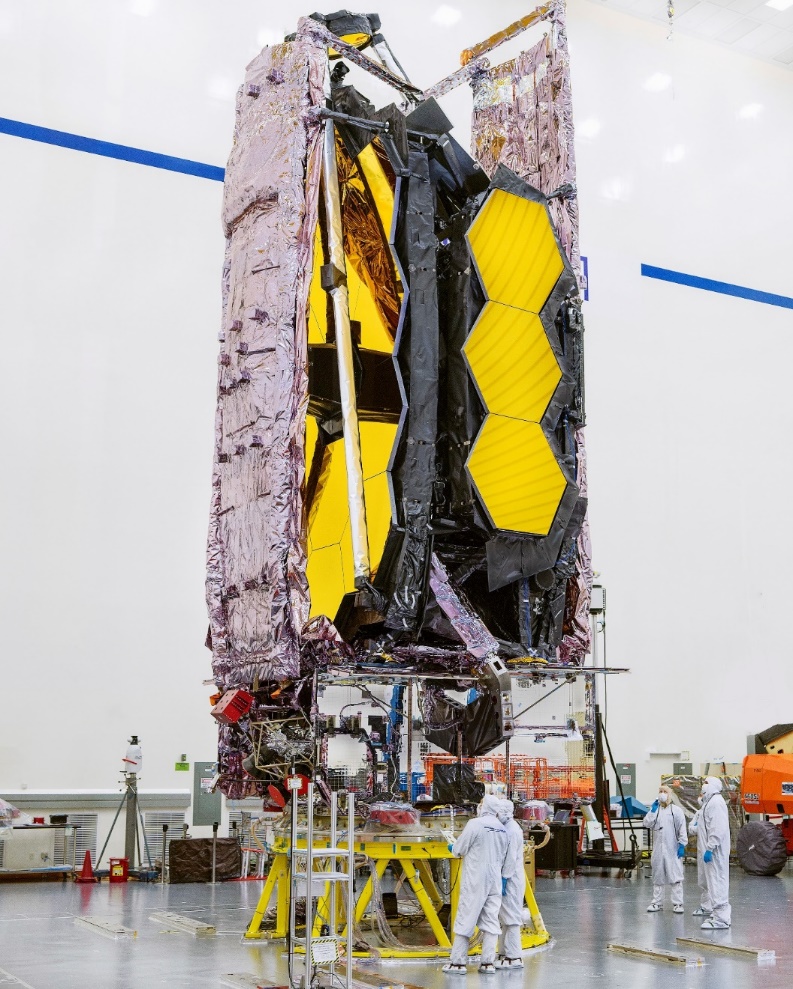 After successful completion of its final tests, NASA’s James Webb Space Telescope is seen here being prepared for shipment to its launch site. Credit: NASA/Chris Gunn.

NASA plans to launch the James Webb Space Telescope into orbit on December 18, 2021, to serve as the premier deep space observatory for the next decade.

The agency set the new target launch date in coordination with Arianespace after Webb recently and successfully completed its rigorous testing regimen — a major turning point for the mission. The new date also follows Arianespace successfully launching an Ariane 5 rocket in late July and scheduling a launch that will precede Webb. The July launch was the first for an Ariane 5 since August 2020.

Webb, an international program led by NASA with its partners the European Space Agency (ESA) and the Canadian Space Agency, will launch on an Ariane 5 from Europe’s Spaceport in French Guiana on the northeastern coast of South America. ESA is providing the Ariane 5.

“Webb is an exemplary mission that signifies the epitome of perseverance,” said Gregory L. Robinson, Webb’s program director at NASA Headquarters in Washington, DC. “I am inspired by our dedicated team and our global partnerships that have made this incredible endeavor possible. Together, we’ve overcome technical obstacles along the way as well as challenges during the coronavirus pandemic. I also am grateful for the steadfast support of Congress. Now that we have an observatory and a rocket ready for launch, I am looking forward to the big day and the amazing science to come.”

The Webb telescope’s revolutionary technology will explore every phase of cosmic history — from within our solar system to the most distant observable galaxies in the early universe and everything in between. Webb will reveal new and unexpected discoveries and help humankind understand the origins of the universe and our place in it.

For further information about the Webb mission and telescope, visit www.webb.nasa.gov.