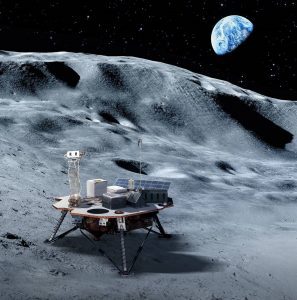 Commercial landers will carry NASA-provided science and technology payloads to the lunar surface, paving the way for NASA astronauts to land on the Moon by 2024. Credit: NASA.

NASA has selected 12 new science and technology payloads that will help us study the Moon and explore more of its surface as part of the agency’s Artemis lunar program. These investigations and demonstrations will help the agency send astronauts to the Moon by 2024 as a way to prepare to send humans to Mars for the first time.

The selected investigations will go to the Moon on future flights through NASA’s Commercial Lunar Payload Services (CLPS) project. The CLPS project allows rapid acquisition of lunar delivery services for payloads like these that advance capabilities for science, exploration, or commercial development of the Moon. Many of the new selections incorporate existing hardware, such as parts or models designed for missions that have already flown. Seven of the new selections are focused on answering questions in planetary science or heliophysics, while five will demonstrate new technologies.

The 12 selected investigations are:

The Lunar Instrumentation for Subsurface Thermal Exploration with Rapidity (LISTER)

For more information about NASA and agency programs, visit https://www.nasa.gov/moontomars.