NASA has selected three commercial Moon landing service providers that will deliver science and technology payloads under Commercial Lunar Payload Services (CLPS) as part of the Artemis program. Each commercial lander will carry NASA-provided payloads that will conduct science investigations and demonstrate advanced technologies on the lunar surface, paving the way for NASA astronauts to land on the lunar surface by 2024.

“Our selection of these U.S. commercial landing service providers represents America’s return to the Moon’s surface for the first time in decades, and it’s a huge step forward for our Artemis lunar exploration plans,” said NASA Administrator Jim Bridenstine. “Next year, our initial science and technology research will be on the lunar surface, which will help support sending the first woman and the next man to the Moon in five years. Investing in these commercial landing services also is another strong step to build a commercial space economy beyond low-Earth orbit.”

As part of their submissions, each partner proposed flying specific NASA instruments to the lunar surface. By the end of the summer, NASA will determine which payloads will fly on each flight. The potential payloads include instruments that will conduct new lunar science, pinpoint lander position, measure the lunar radiation environment, assess how lander and astronaut activity affects the Moon, and assist with navigation precision, among other capabilities. 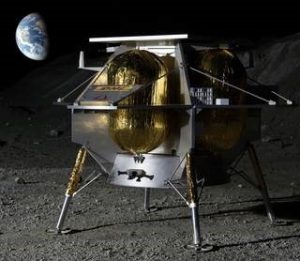 Astrobotic of Pittsburgh has proposed to fly as many as 14 payloads to a large crater on the near side of the Moon. Credit: Astrobotic 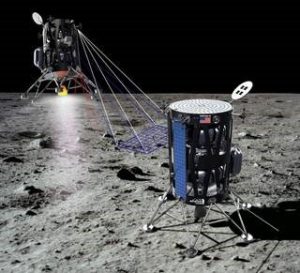 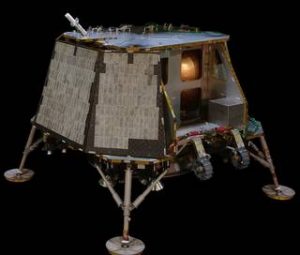 Orbit Beyond of Edison, New Jersey, has proposed to fly as many as four payloads to a lava plain in one of the Moon’s craters. Credit: Orbit Beyond

Each partner is providing end-to-end commercial payload delivery services to NASA, including payload integration and operations, launch from Earth and landing on the surface of the Moon. These early missions will enable important technology demonstrations that will inform the development of future landers and other exploration systems needed for humans to return to the lunar surface. They also will help prepare the agency to send astronauts to explore Mars.