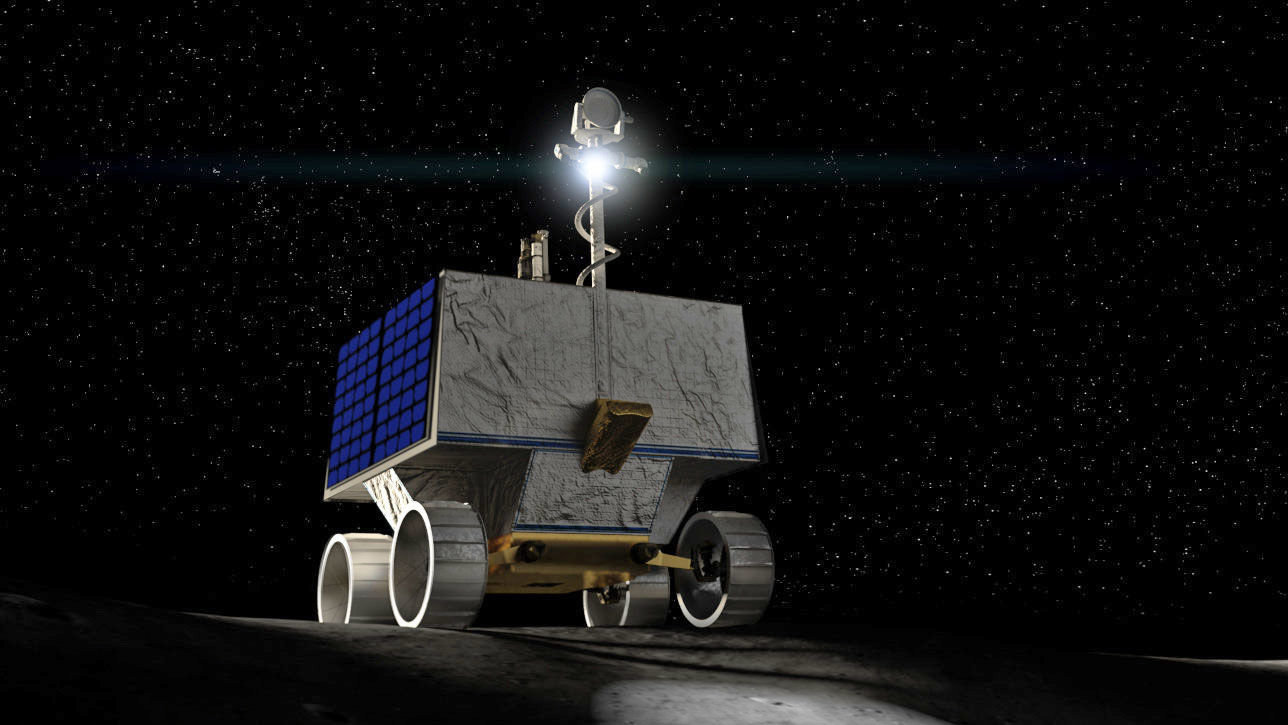 NASA is planning to return humans to the Moon by 2024. But first, robotic probes, such as the golf-cart sized VIPER, will scout out where and how much water can be found in the likely landing sites for a crewed mission. Credit: NASA Ames/Daniel Rutter. NASA is sending a mobile robot to the South Pole of the Moon to get a close-up view of the location and concentration of water ice in the region and for the first time ever, actually sample the water ice at the same pole where the first woman and next man will land in 2024 under the Artemis program.

About the size of a golf cart, the Volatiles Investigating Polar Exploration Rover, or VIPER, will roam several miles, using its four science instruments — including a 1-meter drill — to sample various soil environments. Planned for delivery to the lunar surface in December 2022, VIPER will collect about 100 days of data that will be used to inform the first global water resource maps of the Moon.

“The key to living on the Moon is water — the same as here on Earth,” said Daniel Andrews, the project manager of the VIPER mission and director of engineering at NASA’s Ames Research Center in Silicon Valley.” Since the confirmation of lunar water-ice ten years ago, the question now is if the Moon could really contain the amount of resources we need to live off-world. This rover will help us answer the many questions we have about where the water is, and how much there is for us to use.”

Scientists had long considered the lunar poles as promising spots to find water ice — a resource of direct value for humans that could provide oxygen to breathe and hydrogen and oxygen to fuel future landers and rockets. The Moon’s tilt creates permanently shadowed regions where water ice from comet and meteor impacts, as well as the Sun’s interaction with the lunar soil, can collect without being melted by sunlight. In 2009, NASA crashed a rocket into a large crater near the South Pole and directly detected the presence of water ice. Data from this mission and other orbiters have confirmed that the Moon has reservoirs of water ice, potentially amounting to millions of tons. Now, we need to understand the location and nature of the water and other potentially accessible resources to aid in planning how to extract and collect it.

“It’s incredibly exciting to have a rover going to the new and unique environment of the South Pole to discover where exactly we can harvest that water,” said Anthony Colaprete, VIPER’s project scientist. “VIPER will tell us which locations have the highest concentrations and how deep below the surface to go to get access to water.”

To unravel the mysteries of the Moon’s South Pole, the rover will collect data on different kinds of soil environments affected by light and temperature — those in complete darkness, occasional light and in direct sunlight. By collecting data on the amount of water and other materials in each, NASA can map out where else water likely lies across the Moon.

As the rover drives across the surface, it will use the Neutron Spectrometer System, known as NSS, to detect “wet” areas below the surface for further investigation. VIPER will then stop and deploy a drill to dig up soil cuttings from up to a meter beneath the surface. These drill samples will then be analyzed by two instruments: the Mass Spectrometer Observing Lunar Operations, or MSolo, developed out of NASA’s Kennedy Space Center; and the Near InfraRed Volatiles Spectrometer System, known as NIRVSS, developed by Ames. MSolo and NIRVSS will determine the composition and concentration of potentially accessible resources, including water, that were brought up by TRIDENT.