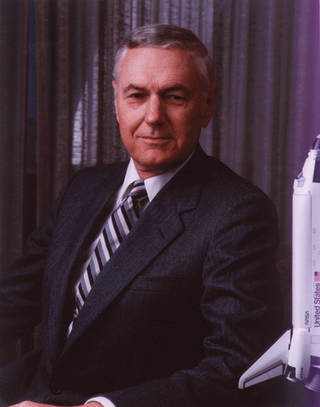 James Beggs, who served as NASA Administrator from 1981 to 1985, passed away on April 23. In a statement about Beggs’ passing, current NASA Administrator Jim Bridenstine said, “NASA sends its condolences to the family of James Beggs. Mr. Beggs led the agency during the earliest days of the Space Shuttle Program and helped us open […]

Our colleague, friend, and long-time member of The Meteoritical Society, Richard (Dick) Pugh passed away peacefully in his home on June 15 from complications associated with liver failure. Pugh was a long-time meteorite enthusiast and educator and the heart of the Cascadia Meteorite Laboratory (CML) at Portland State University. Pugh received both his B.S. and […]

It is with great sadness that we announce the passing of our colleague Michael I. Mishchenko on July 21, 2020. Mishchenko was a graduate of the Moscow Institute of Physics and Technology and received his Ph.D. (with honors) and Habilitation Doctoral degrees in physics from the National Academy of Sciences of Ukraine (NASU). He worked […]