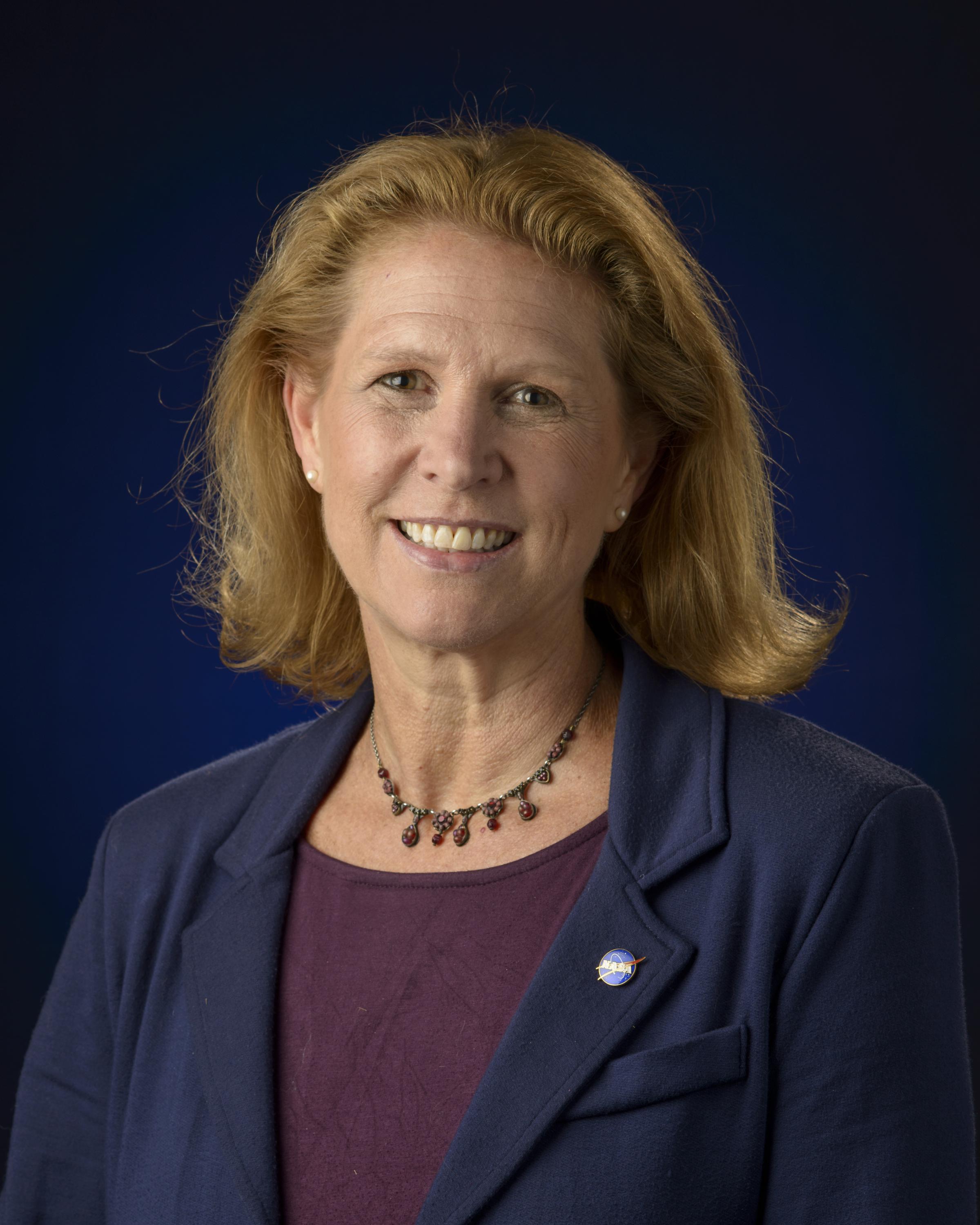 As I reflect on the 80th anniversary of NASA’s Ames Research Center, I cannot help being reminded of the very word chosen to depict the center’s core value:  Research. Originally founded in 1939 to conduct important wind-tunnel research for aircraft structures, Ames’ excellence in basic and applied research establishes it as a key player in conducting world-class research and development in aeronautics, exploration technology, and science for the past four decades. Providing leadership in robotic lunar exploration and astrobiology, Ames laid the groundwork for some of the Agency’s top-level priorities, missions, and programs.

Through human and robotic exploration, our understanding of the Moon fundamentally changed, and Ames is a prominent author of that story. Managed by Ames and selected as part of the Discovery Program, the Lunar Prospector was a transformative mission that successfully launched into low polar orbit of the Moon in January of 1998 onboard the American-made Athena II rocket. The Lunar Prospector allowed scientists to construct a detailed map of the lunar surface, and neutron spectrometer data helped lead to one of planetary science’s most exciting discoveries — the presence of water ice in the polar craters of the Moon.

The Lunar Crater Observation and Sensing Satellite (LCROSS) launched in tandem with the Lunar Reconnaissance Orbiter (LRO) onboard an Atlas V rocket in June 2009 as part of the shared Lunar Precursor Robotic Program — America’s first mission to the Moon in more than 10 years. Assembled and tested at Ames, LCROSS continued the legacy of Lunar Prospector’s search for water ice in the permanently shadowed craters near the Moon’s poles. Both LRO and LCROSS forever changed the way we think about the Moon and effectively set the stage for the Agency’s priorities of returning to the Moon in a sustainable way with the Artemis program.

Earlier this year, NASA proudly handpicked nine teams to be entrusted with opening one of the remaining pristine samples returned from Apollo. These samples — considered national treasures —have been stored and untouched at Johnson Space Center for years, until now. Ames houses one of the teams selected to expound our concept of space weathering and advance our understanding of how exposure to the space environment affects the lunar surface. This important research not only helps NASA prepare for future expeditions to the Moon, but also gives us further insight into our home planet’s cosmic history and origin.

As we look beyond our Earth-Moon system, Ames has been integral in NASA’s robotic exploration of planets with atmospheres, as well as missions needing to re-enter Earth’s atmosphere. The unique and innovative Thermal Protection System (TPS) consisting of Phenolic Impregnated Carbon Ablator (PICA) tiles developed at Ames in the 1980s enabled technology for flagship missions like the Mars Curiosity Rover. Ames’ Arc Jet Complex is an invaluable resource to test missions with heatshields expected to encounter heating and pressure conditions similar to those experienced by a spacecraft during atmospheric re-entry. More recently, NASA’s Heatshield for Extreme Entry Environment Technology (HEEET) Project is perfecting a new, three-dimensional, woven TPS technology, directly contributing to science missions recommended in the Planetary Science Decadal Survey. These technologies are necessary for future missions requiring protection from extremely intense atmospheric pressure and heating, advancing our technology today for the missions of tomorrow. Moreover, the Entry Systems and Technology division at Ames is aiding NASA in strengthening commercial partnerships with collaborative and reimbursable Space Act Agreements, further echoing that science and space exploration is a collaborative and unifying effort.

For the last 20 years, the NASA Astrobiology Institute (NAI) helped establish and advance the field of astrobiology, doing important work in furthering our understanding of the origin, evolution, distribution, and future of life in the universe. Following the leadership of the NAI, the field of astrobiology grew and expanded into a multi-disciplinary endeavor advancing knowledge of the types of environments able to support life as well as exploring techniques for how we might recognize life on another body. Similarly, Ames pushed the boundaries in NASA’s fundamental space biology program, which is responsible for hundreds of science payloads flown into space. These science demonstrations directly furthered our understanding of biology and helped illuminate paths for creating countermeasures for longer-duration human spaceflight, helping guide NASA as it looks forward to the Moon and Mars.

The past 80 years of Ames accomplishments are a source of great pride, and I am filled with excitement when thinking about the future. Ames is continuing its legacy of excellence in lunar exploration by making important contributions to the Science Mission Directorate’s Lunar Discovery and Exploration Program (LDEP) by managing the Volatiles Investigating Polar Exploration Rover (VIPER), leading the mission’s science, systems engineering, real-time rover surface operations, and software efforts. This unprecedented rover will allow scientists to take an up-close look at the Moon’s south pole, and for the first time ever, analyze and sample the water ice known to be present because of important findings from the Lunar Prospector and LCROSS. Additionally, Ames’ Near InfraRed Volatiles Spectrometer System (NIRVSS) onboard VIPER is critical to analyzing regolith and ice samples in the area where the first woman and next man will land under the Artemis program. This mission epitomizes the research and innovation at the very core of Ames, and I cannot wait to see what great science it will uncover. I thank all of the staff at Ames, past and present, for your contributions to NASA and planetary science, and I look forward to the scientific mysteries we will uncover through the hard work, excellence, and research at Ames.