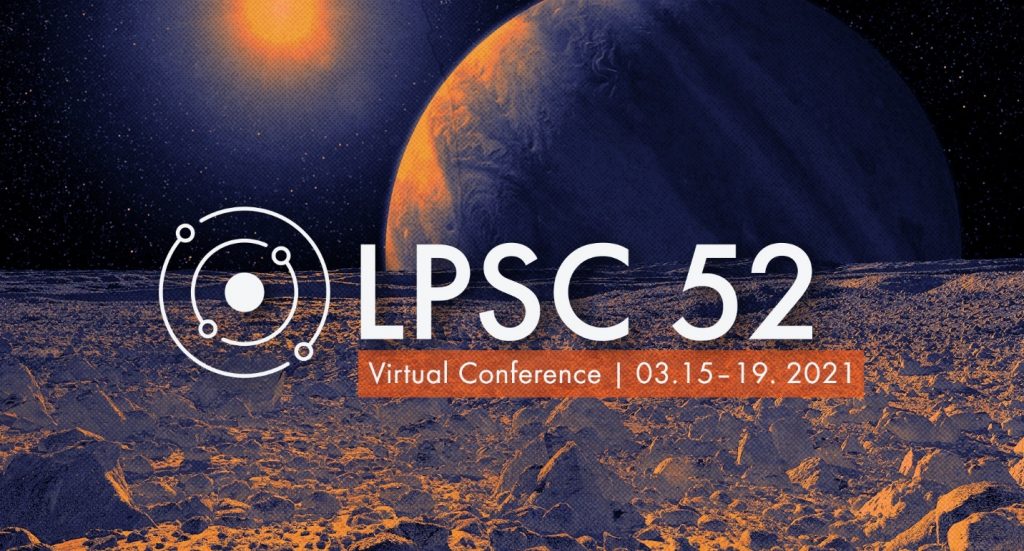 The 52nd Lunar and Planetary Science Conference (LPSC) was held virtually and was co-chaired by Lisa Gaddis (Lunar and Planetary Institute) and Eileen Stansbery (NASA Johnson Space Center). Attendance was the highest in the history of the conference, with 2,217 attendees from 53 countries. Submitted abstracts totaled 1,781 abstracts from 46 countries. LPSC continues to be accessible and important to young scientists, with student participation at approximately 36% of total attendance. The meeting organization was provided by the Lunar and Planetary Institute. 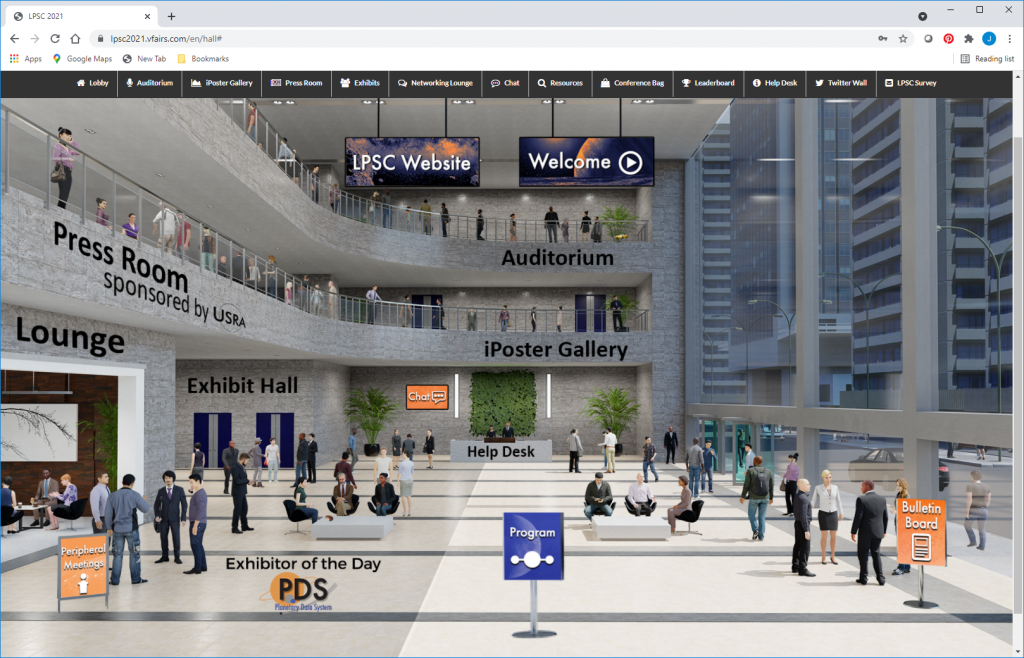 The main lobby in the virtual conference environment.

LPSC began with a successful and enjoyable welcome event on Sunday afternoon in Gather.town. Beginning on Monday morning, the conference featured five days of virtual sessions, including the following topics:

The complete program and abstracts are available at https://www.hou.usra.edu/meetings/lpsc2021/program/. 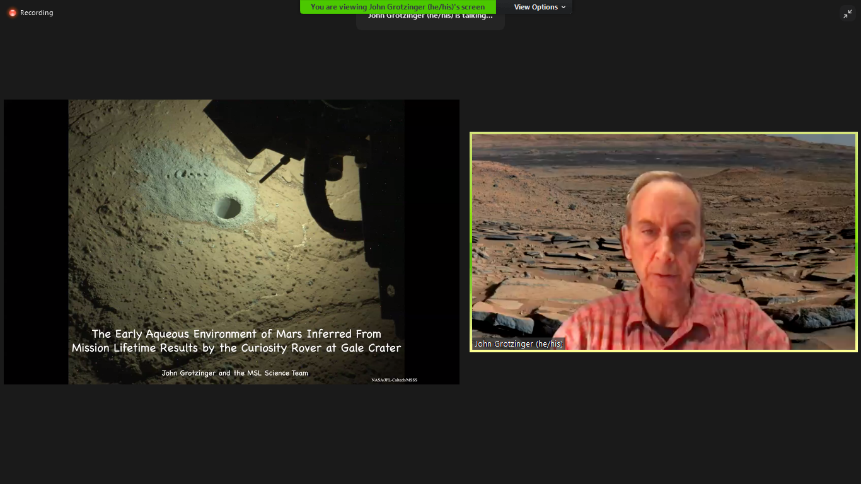 The Masursky Lecture with John Grotzinger.

In the virtual LPSC environment, posters were accessible throughout the conference via iPosters. Pre-recorded presentations and recordings of all live presentations were available as on-demand content for 30 days after the end of LPSC. As a first all-virtual LPSC, the week offered attendees many opportunities to share science and interact with each other in the virtual environment. 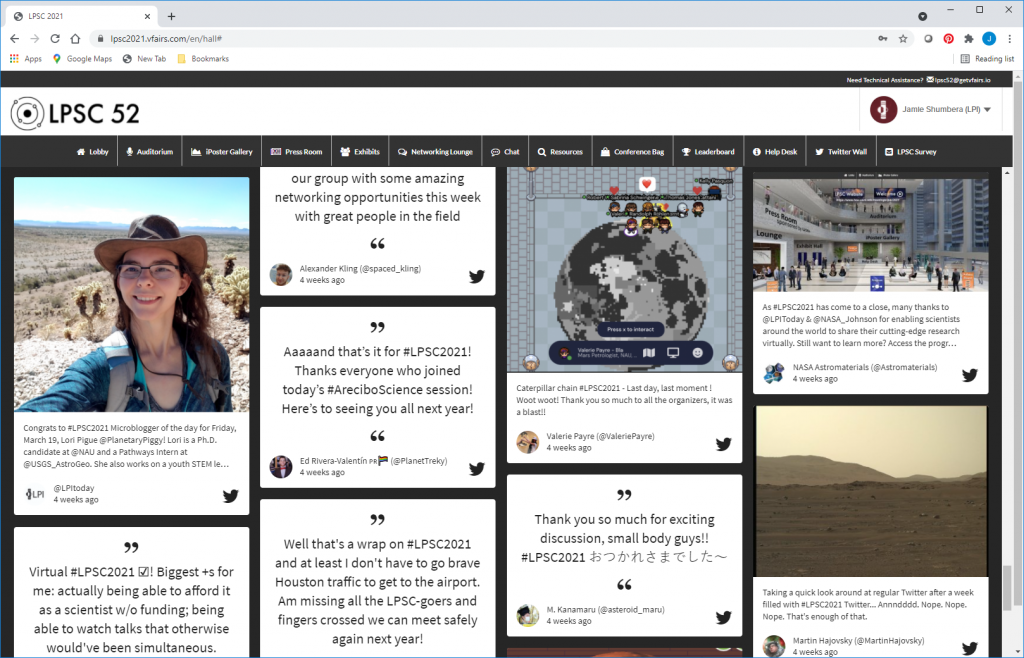 The LPSC 2021 Twitter wall in the virtual conference environment.