The topical conference Differentiation:  Building the Internal Architecture of Planets was held May 7–10, 2018, in Pasadena, California. This was the second conference in the LPI’s The First Billion Years initiative. It focused on how planetary differentiation created the basic architecture of the planets and established the initial chemical and physical conditions for all subsequent stages of planetary evolution.

The conference began with an optional one-day field trip to the San Gabriel Mountains north of Pasadena. The principal focus of the trip was the 1.2-Ga San Gabriel Anorthosite as an analog for the lunar magma ocean. Additional field stops included the metamorphic basement rocks, Mesozoic-aged plutonic rocks, hydrous alteration of subduction zone rocks, and the fault geology of southern California. 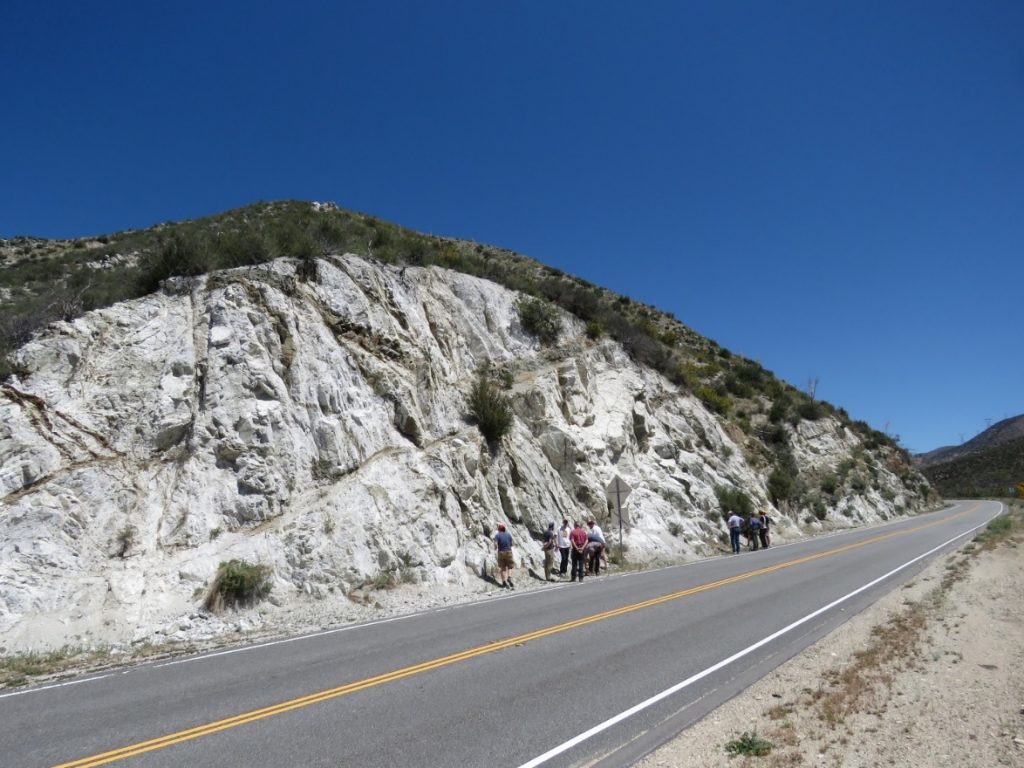 A field trip stop in the San Gabriel Anorthosite. Photo by Allan Treiman.

The final three days of the meeting focused on oral presentations, with abundant time reserved for discussion and questions from the audience. Presentations were organized by increasing planetary size, including partially- and fully-differentiated meteorite parent bodies, ice-rich objects, the Moon, Mars, and Earth. A broad range of topics were included in these presentations, including the overlap between planetary accretion and differentiation, radiometric constraints on the timescales of differentiation, and magma oceans and other early crust formation mechanisms. Additional topics included core formation and its influence on chemical equilibration between mantle and core, early magnetic dynamos, thermal evolution and the nature of early mantle convection, the effects of the early solar system’s bombardment environment on differentiation, and possible constraints on differentiation in rocky exoplanets. Many different disciplinary approaches were represented, including stable and radiometric isotope studies, trace elements in both silicates and metals, experimental petrology studies over a wide range of pressures, reflectance spectroscopy, paleomagnetism, and numerical modeling of hydrothermal and thermal evolution.

For more information, including links to the program and abstracts, visit the meeting website at https://www.hou.usra.edu/meetings/differentiation2018/.