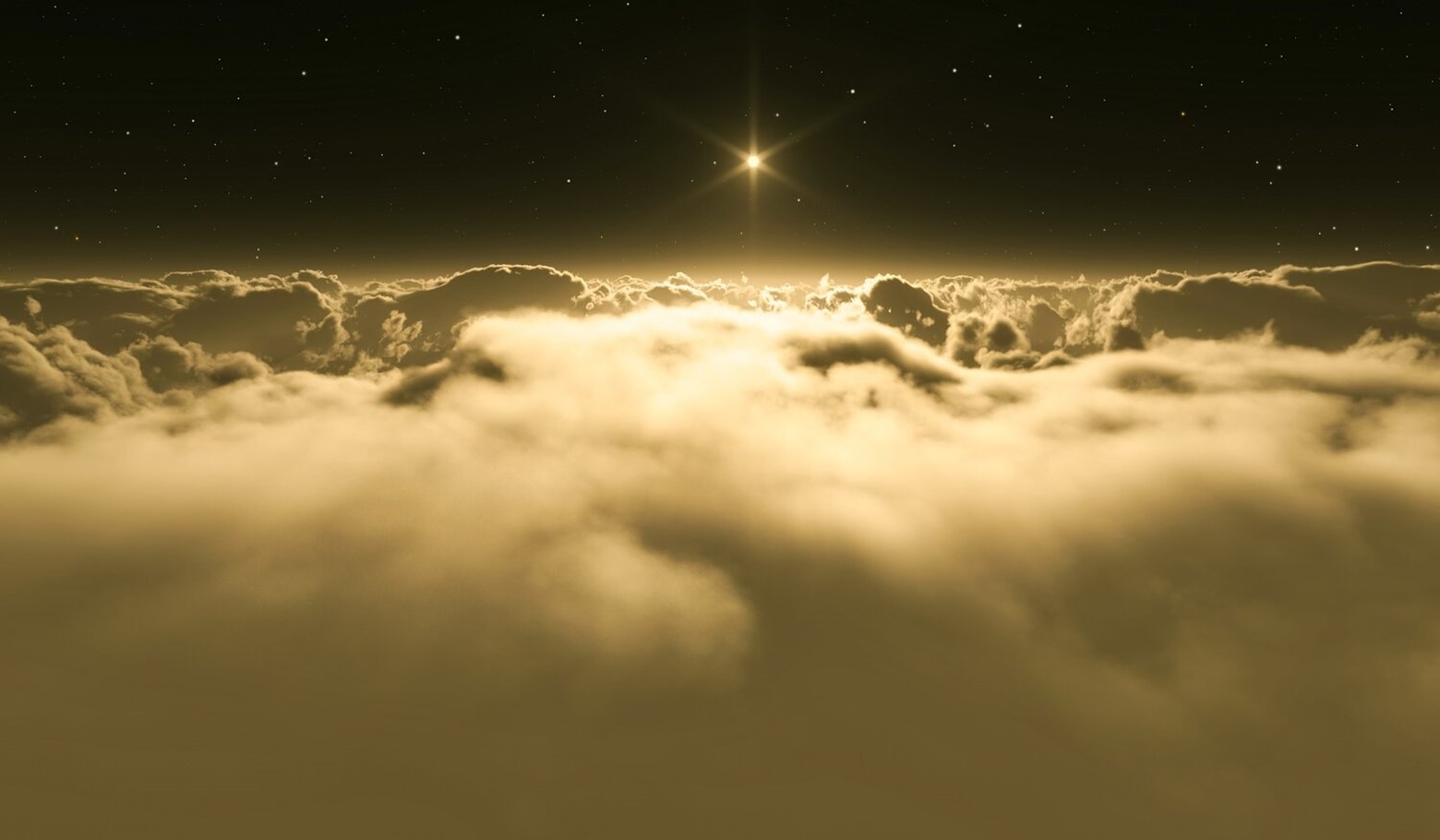 Venus Before the New Era of Discovery

Venus is often considered Earth’s hellish twin due to its thick caustic atmosphere, high surface pressure, and hot dry surface environment. Venus has a thick omnipresent cloud layer that is opaque to most orbital sensing methods, which — along with the hellish surface conditions — has prevented it from receiving the attention that Mars or the Moon have had.

Many fundamental questions about the Venus surface environment remain unanswered, which will be addressed in the coming decade as a fleet of spacecraft approach Venus. NASA will send the Venus Emissivity, Radio Science, InSAR, Topography, and Spectroscopy (VERITAS) orbiter mission in 2028 and the Deep Atmosphere Venus Investigation of Noble gases, Chemistry, and Imaging (DAVINCI) atmospheric probe in 2029, and the European Space Agency (ESA) will send the EnVision orbiter mission in 2032. In addition, the Indian Space Research Organization’s Shukrayaan-I and Russian Space Agency’s Venera-D orbiter and probe missions are also under consideration for flight in the late 2020s and early 2030s, respectively. Collectively, these missions aim to constrain long-standing questions about the geologic history of our divergent and hellish twin.

To prepare for the coming decade of Venus exploration, the Lunar and Planetary Institute’s (LPI) new Venus Science Initiative is a four-workshop series dedicated to discussing and summarizing some of the critical unanswered questions before the procession of spacecraft begin arriving. The topics at the workshops will be (1) Ancient Venus, (2) Venus Surface and Atmosphere, (3) Venus as a System, and (4) Venus-Like Planets and Exoplanets; the first of these workshops (Ancient Venus) will be held in May 2022. Here, we describe some outstanding questions about Venus. 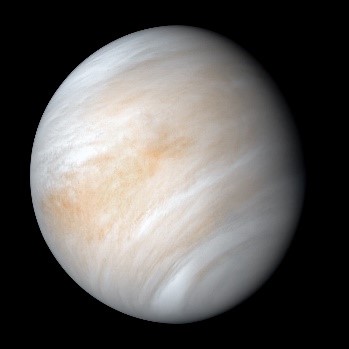 As it sped away from Venus, NASA’s Mariner 10 spacecraft captured this seemingly peaceful view of a planet the size of Earth, wrapped in a dense, global cloud layer. But, contrary to its serene appearance, the clouded globe of Venus is a world of intense heat, crushing atmospheric pressure, and clouds of corrosive acid. This image was processed from archived Mariner 10 data by JPL engineer Kevin M. Gill. Credit: NASA/JPL-Caltech.

The surface of Venus is covered with volcanoes, including some of the largest volcanoes in our solar system. Based on orbital spectroscopic and radar measurements, some of the associated lava flows appear to be fresh unweathered basalt rock and are thought to be geologically quite young. Recent and ongoing experimental work has shown that basaltic rocks and associated minerals should alter very quickly when exposed to the hot and caustic venusian atmosphere. Models based on these experiments suggest that these unweathered lava flows may be very young — only years to decades old! Geophysical studies also suggest active or very recently active volcanism for coronae structures (a diverse set of circular volcano-tectonic features), which are thought to be supported by active deep-seated mantle plumes. Furthermore, investigations of the geology of Idunn Mons, a volcano in Imdr Regio, suggest that there have been alternating periods of both volcanic and tectonic activity in the very recent geologic past. Similarly, portions of the venusian crust may be in motion today, with many blocks (hundreds of kilometers to a side) jostling and sliding against each other, somewhat like chunks of pack ice on Earth. The questions remain of the exact timing of these volcanic and tectonic events, including which, if any, volcanoes are active today.

The debate about the age of lava flows plays into two other debates about volcanism on Venus:  so-called “catastrophic” vs. gradual resurfacing, and the water concentration of the Venus interior. The surface of Venus is thought to be geologically young, based on the number, distribution, and degradation state of impact craters on the surface. Constraining the age of lava flows on Venus, as well as the rate at which new lava flows are produced, will help determine if lava gradually poured out of volcanoes to cover (resurface) the planet in dribs and drabs, or if there were periods of more extreme eruptions with lava pouring out in large volumes (akin to flood basalts on Earth), covering the planet in large swaths.

There is no liquid water on the surface of Venus today because the surface is too hot and the atmosphere is thought to have largely lost its water; however, there is an ongoing debate about the water content of the venusian interior. Gradual ongoing volcanism would support some amount of water (and other volatile species) still being trapped in the Venus interior, while catastrophic resurfacing would support a drier and more volatile-free Venus interior.

To address these uncertainties, the VERITAS and EnVision missions will analyze the surface using both radar and spectroscopy, specifically targeting volcanic regions to constrain the age and evolution of volcanoes on Venus. DAVINCI will measure the chemistry of the atmosphere including trace gases that could be spewing from ongoing or previous volcanic activity, as well as noble gas isotopes (such as argon-40) that can be used to constrain the rate of volcanic outgassing through geologic time. 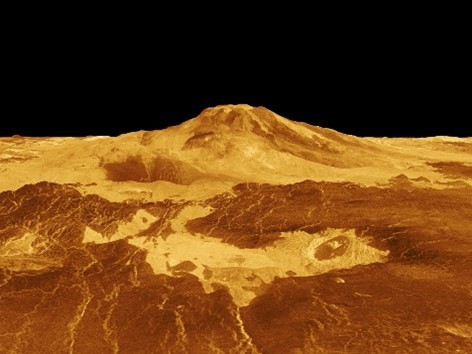 Venus’ surface is younger than other planets like Mercury and Mars. It’s clear that the planet stayed warmer longer than the other two and was resurfaced with lava flows more recently than the other two. But for the most part, scientists think that Venus is volcanically inactive in our present day. There’s some evidence of recent volcanic activity, mostly in the form of coronae, which are ring-like structures on the surface caused by plumes of hot material flowing from the depths of the planet through the mantle and the crust. Credit: Universe Today.

The composition of Venus’ atmosphere also gives evidence for active volcanism. Over the last few decades, the sulfur content of the upper atmosphere has spiked and gradually declined several times — the spikes could represent massive eruptions with sulfur-rich gas plumes that penetrated Venus’ cloud deck. But the spikes in atmospheric sulfur could have also been produced by other mechanisms. Much of this uncertainty stems largely from our lack of data of Venus’ lower atmosphere, below the opaque cloud deck. The Venera and Vega probes analyzed the chemical composition of the lower atmosphere, but those missions were decades ago. More recent orbital missions, such as ESA’s Venus Express and Japan Aerospace Exploration Agency’s (JAXA) Akatsuki, measured the composition of the upper atmosphere, providing a wealth of data, but could not see beneath the clouds, and therefore the chemistry and oxidation state (oxygen and sulfur fugacity) of the lower atmosphere remains a mystery.

A current debate about the venusian atmosphere is whether the thick cloud deck could be a habitable environment for life as we know it. The surface is too hot and caustic for known Earth-life to exist (let alone thrive), but the clouds could be more hospitable. Unlike clouds on Earth, which are a transient feature, clouds on Venus are more stable and long-lasting. The temperatures in venusian clouds are reasonable for many terrestrial life forms, sunlight could provide energy (both directly as photosynthesis and indirectly through photochemical disequilibria), and the clouds contain essential nutrients. However, life in Venus’ clouds would have to be adapted to a highly acidic environment (the cloud particles are mostly sulfuric acid) and limited available water, more akin to extremophiles on Earth.

The hypothesis that Venus’ clouds could be habitable gained significant traction last year with a reported Earth-based detection of abundant phosphine gas (PH3). On Earth, phosphine can be produced both abiotically and by biological activity, but at the high concentrations originally described in the clouds of Venus were suggestive of biological activity. Subsequent studies did not fully reproduce the original detections of phosphine and suggest that it either is not in the clouds at all or is at much lower concentrations than the original report.

There is, therefore, still substantial debate as to whether the clouds of Venus could be a habitable environment, and if they are habitable, are they inhabited? DAVINCI will directly address these questions by measuring the chemistry and isotopic composition of the Venus atmosphere, including measuring for phosphine, and will determine whether they in fact constitute a habitable environment. DAVINCI will also measure the composition and oxidation state of the lower atmosphere. 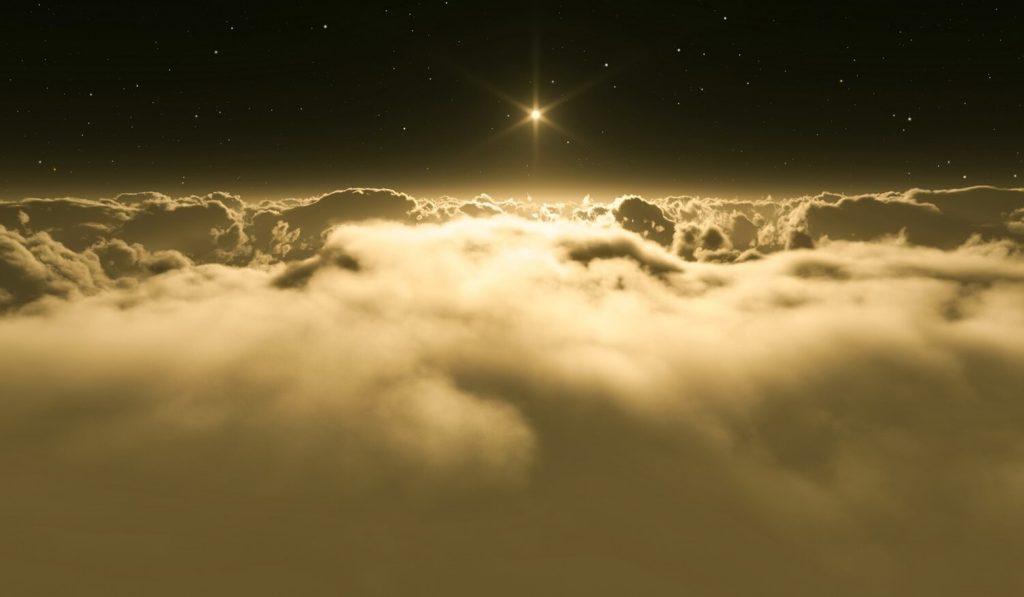 The clouds of Venus can actually reach the pleasant temperature of 30°C (86°F). Credit: Jurik Peter via Shutterstock/HDR tune by Universal-Sci.

Tessera terrain areas are thought to be the oldest exposed crust on Venus and so are among the best targets for understanding ancient Venus (a time period that is all but wiped out in Earth’s rock record). They are, however, some of the least-understood regions in our solar system. They are highly deformed (faulted and folded) so that original structures are not clear, and even what kind of rock they are (igneous vs. sedimentary) remains uncertain. Tessera terrain are characterized by high elevations, extensive and multiple deformations, and high radar backscatter.

The current data available are consistent with both highly altered basaltic lava flows and evolved granitic rocks like continents on Earth.

The difference in these interpretations has enormous implications for early Venus. Granitic contents on Venus would imply that early Venus was much more like the early Earth with water in the interior and crustal recycling remelting water-bearing rocks. On the other hand, if tessera are altered basaltic lava flows, this could imply that early Venus may not have been as Earth-like as some models suggest and may point toward a more Mars-like early Venus dominated by volcanic activity of basaltic lava.

Another question about tessera are their mountain tops. The highest elevations of many tessera are bright in reflected radar, which suggests that they may be coated in a semi-conductor material. Different minerals, from very common minerals on Earth like pyrite and apatite to incredibly rare minerals like tellurobismuthite (Bi2Te3) and coloradoite (HgTe), have been suggested to cause these anomalies.

VERITAS and EnVision will explore the early history of the tessera with radar imagery that is an order of magnitude better than achieved by the Magellan mission and high-resolution topography, which will enable new modeling to constrain faulting and folding processes that formed the tessera. The DAVINCI probe will enter the atmosphere above Alpha Regio, imaging the surface from below the clouds, enabling scientists to (1) determine if they are granitic or basaltic in composition and (2) constrain what minerals are forming during weathering of the rocks. 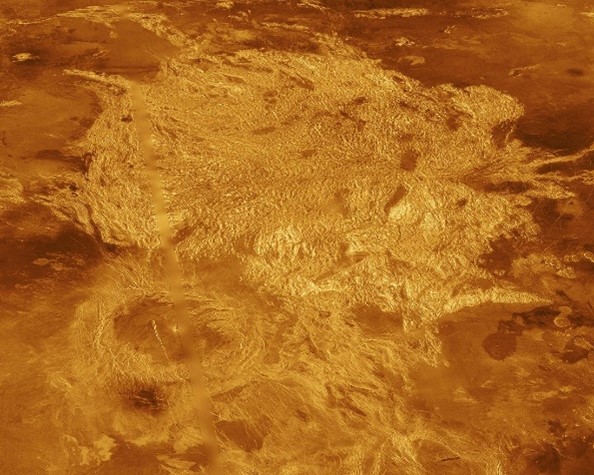 A portion of Alpha Regio is displayed in this three-dimensional perspective view of the surface of Venus. Alpha Regio, a topographic upland approximately 1300 kilometers across, is centered on 25°S latitude, 4°E longitude. In 1963, Alpha Regio was the first feature on Venus to be identified from Earth-based radar. Credit: NASA/JPL.