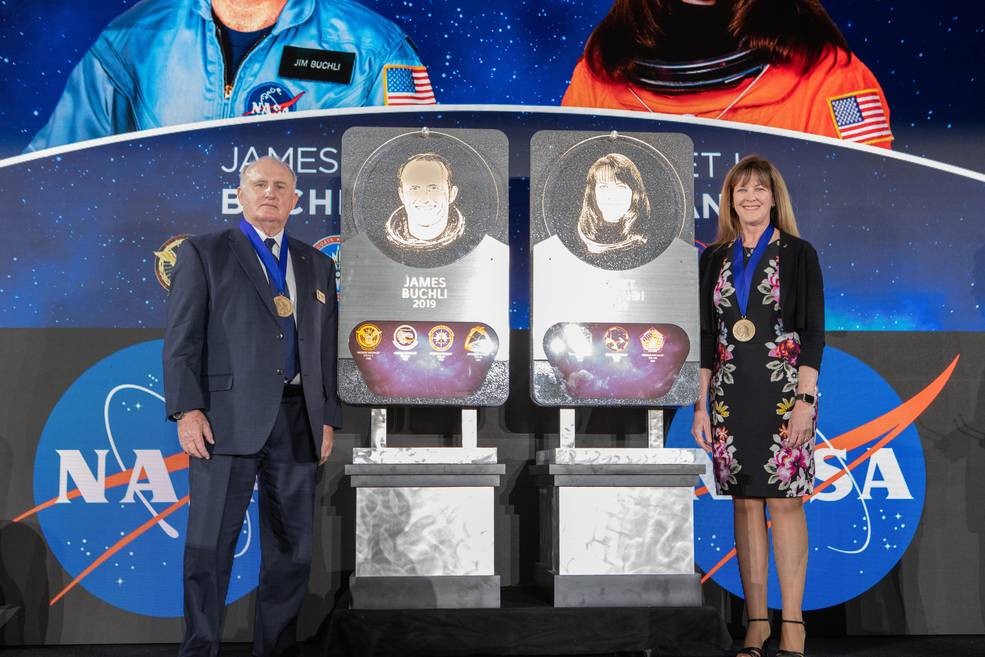 Janet L. Kavandi, director of NASA’s Glenn Research Center, and James Buchli are the latest veteran NASA astronauts to join the ranks of the U.S. Astronaut Hall of Fame.

“The pioneering spirit we see in every astronaut is truly exemplified by this year’s inductees,” said NASA Administrator Jim Bridenstine. “Janet Kavandi and James Buchli represent the best of America’s astronauts, and I congratulate them for achieving this prestigious honor. Each has contributed greatly to the NASA mission, and their efforts have helped lay the groundwork for where we are today — including Janet’s leadership directing Glenn’s Moon to Mars work — as we chart a course for a return of American astronauts to the lunar surface in five years, and eventually on to Mars.”

During her time in the NASA Astronaut Office, Kavandi supported International Space Station payload integration, capsule communications, and robotics, and served as deputy chief of the Astronaut Office. She became the director of Glenn in 2016.

The Astronaut Scholarship Foundation selects astronauts for induction into the U.S. Astronaut Hall of Fame, which was founded more than 30 years ago by the six surviving Mercury 7 astronauts as a venue where space travelers could be remembered and honored.