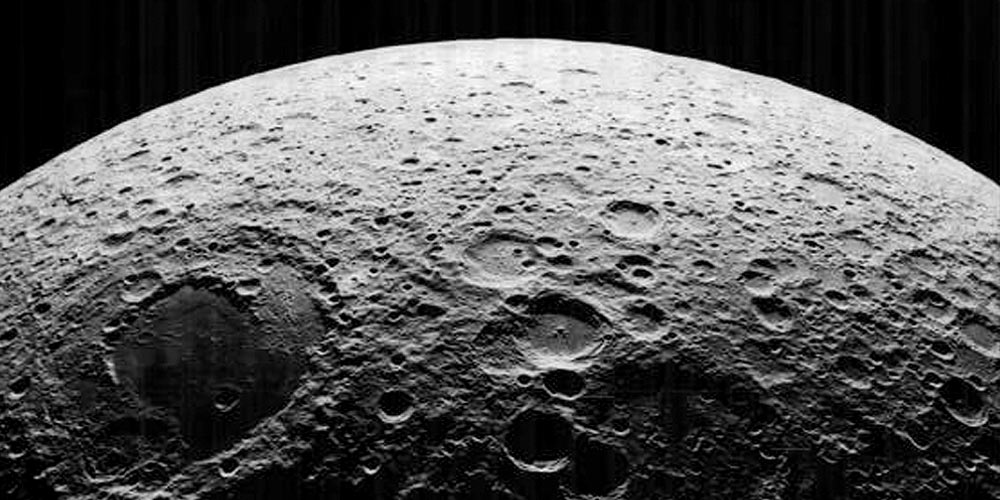 The Lunar Orbiter Photo Gallery can be accessed in the following ways: 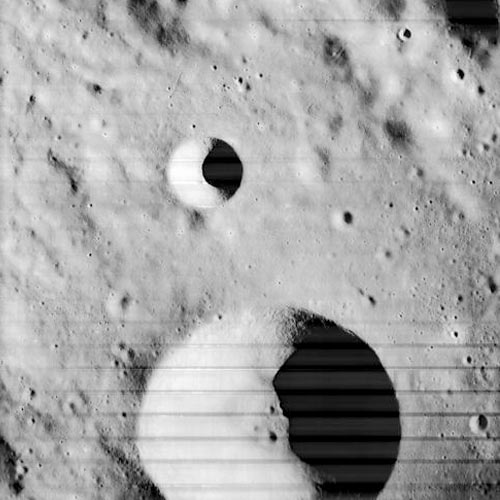 Lunar Orbiter I
Lunar Orbiter I was designed to be a photographic survey program for Apollo landing sites within ±5 degrees latitude (i.e., along the equator) and ±45 degrees longitude (i.e., on the lunar near side). The spacecraft was launched August 10, 1966. Between August 18 and 29 it produced 413 high- and moderate-resolution photographs, covering 262,000 square kilometers of the nearside of the Moon and over 3 million square kilometers of the farside of the Moon. 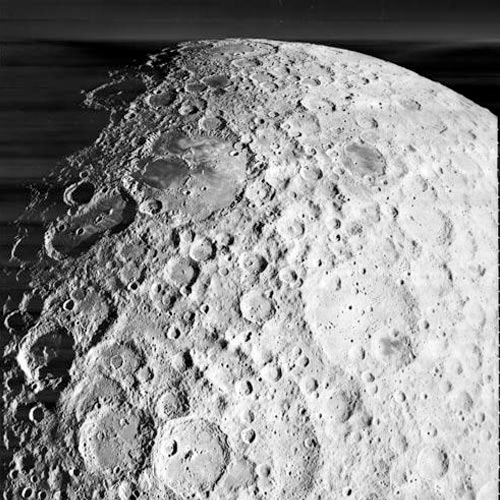 Lunar Orbiter II
Like LO I, Lunar Orbiter II was designed to be a photographic survey program for Apollo landing sites within ±5 degrees latitude (i.e., along the equator) and ±45 degrees longitude (i.e., on the lunar nearside). The spacecraft was launched November 6, 1966. Between November 18 and 25 it produced 211 photographs during 40 orbits, although some photographs were lost during transmission to Earth. 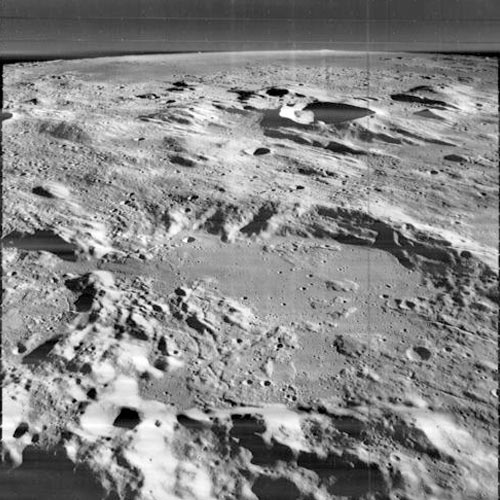 Lunar Orbiter III
Lunar Orbiter III is known as the site-confirmation mission. It was tasked to re-photograph 12 potential landing sites identified by LO I and II with a comprehensive array of vertical, oblique, and forward wide-angle stereo and convergent telephoto stereo photography. These data led to a down-select to eight candidate landing sites for early Apollo missions. This mission also targeted secondary sites of scientific interest on the lunar farside and at higher latitudes on the lunar nearside. The spacecraft was launched February 5, 1967. Between February 15 and 23 it produced 211 photographs during 54 orbits. Approximately 75% of the photographs were transmitted to Earth, but the remaining images were lost. 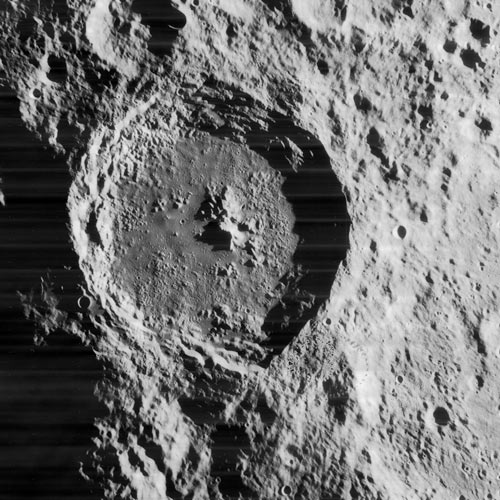 Lunar Orbiter IV
Lunar Orbiter IV was designed to provide an expanded photographic survey of the lunar surface at resolutions that were greater than that possible from ground based telescopes (e.g., like the images in the Consolidated Lunar Atlas). LO IV photographed the lunar nearside and farside, including the lunar polar regions. The spacecraft was launched on May 4, 1967. Photography began on the sixth lunar orbit on May 11 and continued for 30 successive orbits over the next 15 days. The mission produced 199 exposures that covered over 99% of the lunar nearside. Final readout of data was completed during Orbit 48 on June 1. Two micrometeorite impacts and particles from a series of solar flares hit the spacecraft during the mission, but did not compromise the photographic results. 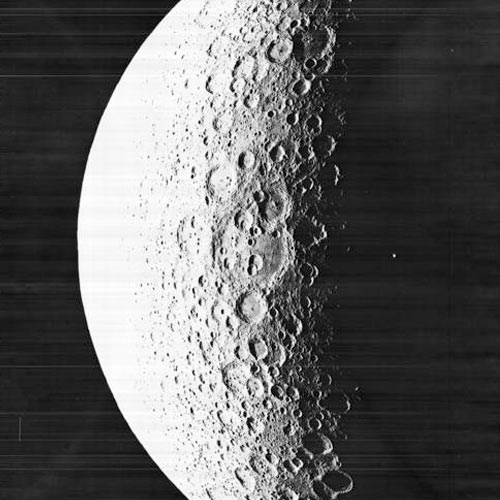 The Lunar Orbiter Photo Gallery is an extensive collection of over 2,600 high- and moderate-resolution photographs produced by all five of the Lunar Orbiter missions. These photographs were taken in 1966–1967 to survey possible lunar landing sites and provide baseline imagery for geologic analysis of the lunar surface. The images were used to select the Apollo landing sites and to produce many of our existing lunar geologic maps. This photo gallery is the web's most comprehensive collection of Lunar Orbiter photography and supporting documents.

For questions or comments about this dataset please contact rpif@lpi.usra.edu.