Center for Lunar Science and Exploration 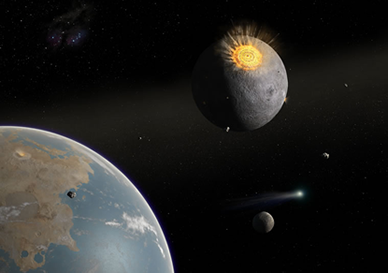 A key component of the team's scientific research is to test the inner solar system cataclysm hypothesis, which suggests Earth and the Moon (among other planetary bodies) were severely bombarded about 4 billion years ago. 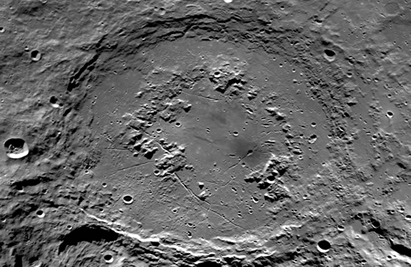 The second youngest basin, Schrödinger, is on the lunar farside and is 320 km in diameter. This is one of the highest-priority science sites for future exploration. 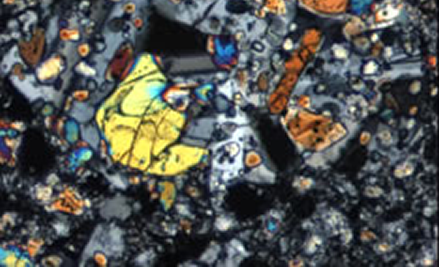 Lunar sample 76215 is an impact melt breccia colected at Station 6 during the Apollo 17 mission to the Moon. This is a microscopic view taken under polarized light. Samples like this one are being used to determine the magnitude and duration of the basin-forming epoch in the Earth-Moon system. 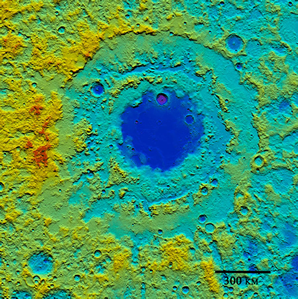 Orientale Basin is considered to be the youngest, most well-preserved multi-ringed impact basin on the Moon. This digital terrain model was obtained from Lunar Reconaissance Orbiter imagery. Purple indicates the deepest point in the basin, with red indicating the highest peaks. 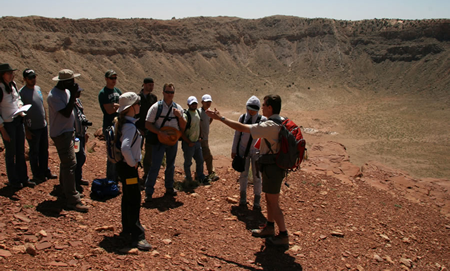 University of Houston and University of Texas-Austin students conduct a geo-physical survey of Barringer Meteorite Crater in Arizona led by CLSE Principal Investigator David Kring. This is one of the classic training sites for future explorers. 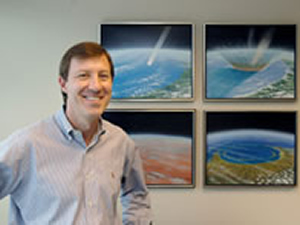 Dr. Kring's research explores the origin of the solar nebula and its evolution into a geologically active planetary system; the geologic history of the Earth, Moon, Mars, and several smaller planetary bodies; impact cratering on the Earth, its effect on Earth's environment, and its possible role in the biological evolution of our planet; and the chemical and physical properties of meteorites. He is the Principal Investigator of the Center for Lunar Science and Exploration.