Exploring the Weather and Climate on Mars 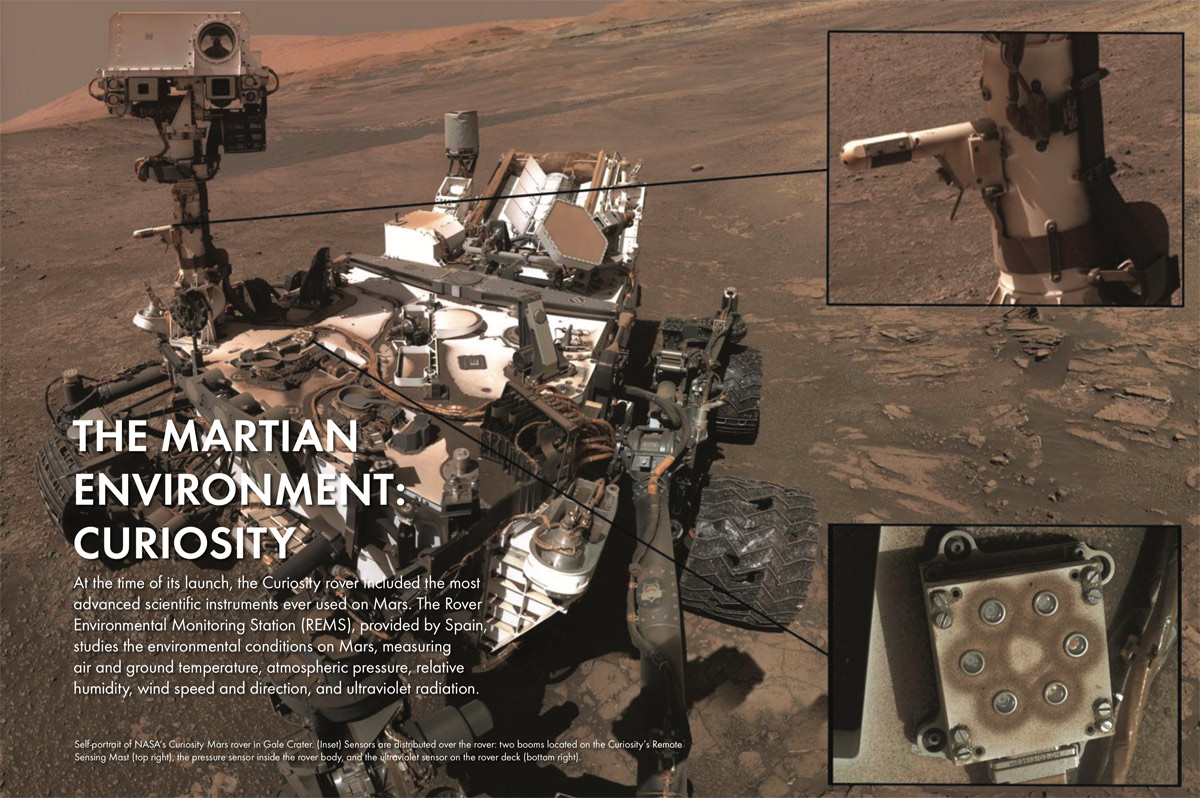 Self-portrait of NASA’s Curiosity Mars rover in Gale Crater. (Inset) Sensors are distributed over the rover: two booms located on the Curiosity’s Remote Sensing Mast (top right), the pressure sensor inside the rover body, and the ultraviolet sensor on the rover deck (bottom right).

At the time of its launch, the Curiosity rover included the most advanced scientific instruments ever used on Mars. The Rover Environmental Monitoring Station (REMS), provided by Spain, studies the environmental conditions on Mars, measuring air and ground temperature, atmospheric pressure, relative humidity, wind speed and direction, and ultraviolet radiation. 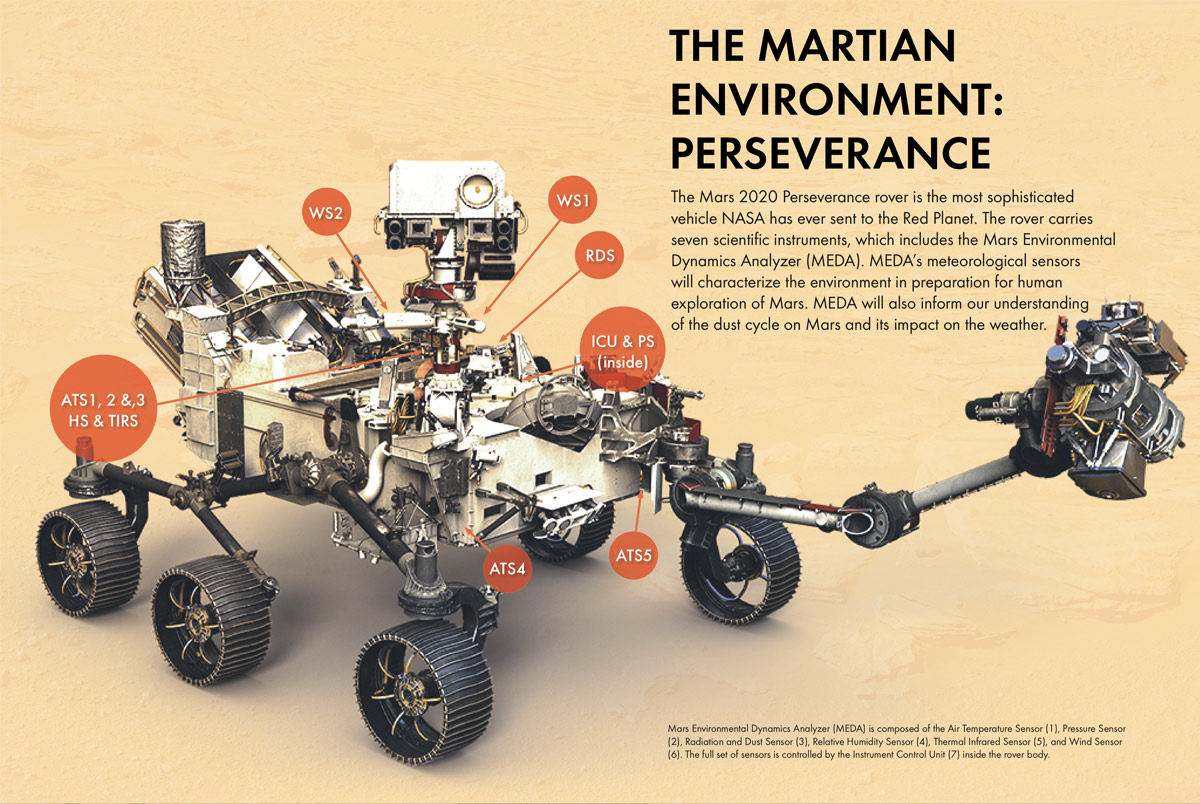 The Mars 2020 Perseverance rover is the most sophisticated vehicle NASA has ever sent to the Red Planet. The rover carries seven scientific instruments, which includes the Mars Environmental Dynamics Analyzer (MEDA). MEDA’s meteorological sensors will characterize the environment in preparation for human exploration of Mars. MEDA will also inform our understanding of the dust cycle on Mars and its impact on the weather. 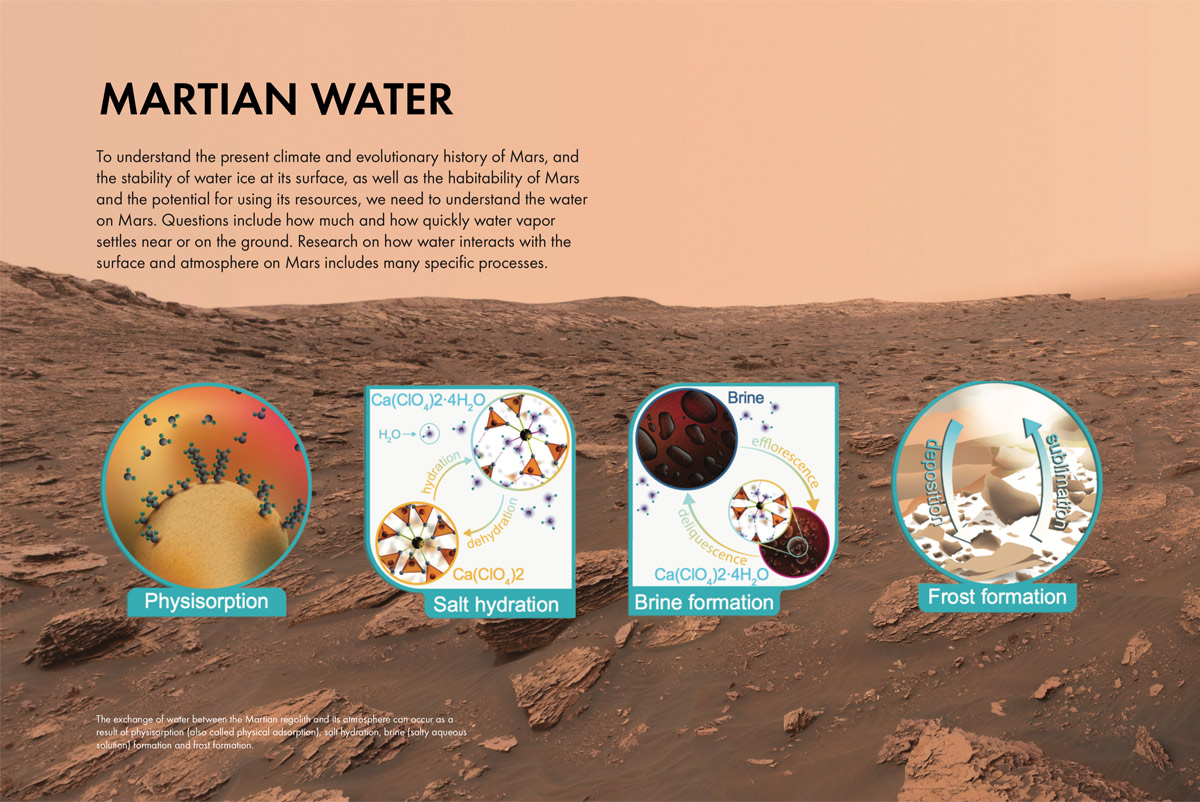 The exchange of water between the Martian regolith and its atmosphere can occur as a result of physisorption (also called physical adsorption), salt hydration, brine (salty aqueous solution) formation and frost formation.

To understand the present climate and evolutionary history of Mars, and the stability of water ice at its surface, as well as the habitability of Mars and the potential for using its resources, we need to understand the water on Mars. Questions include how much and how quickly water vapor settles near or on the ground. Research on how water interacts with the surface and atmosphere on Mars includes many specific processes. 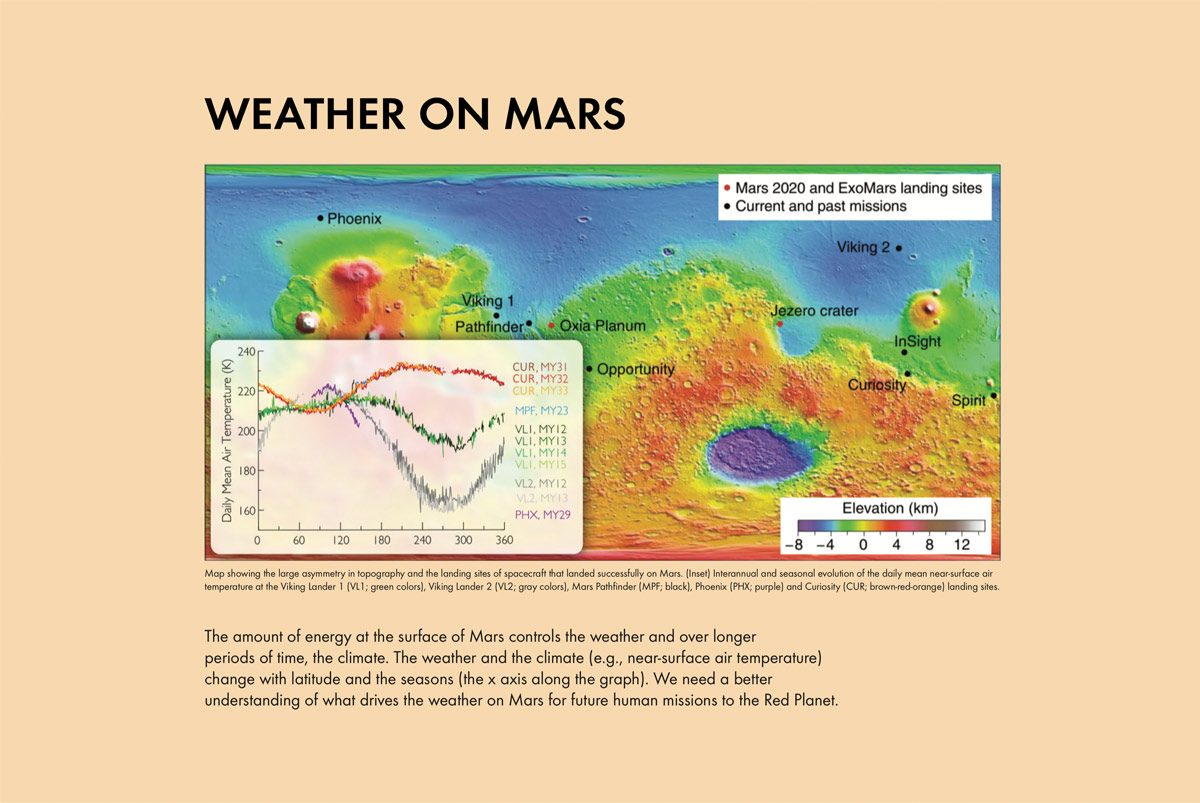 The amount of energy at the surface of Mars controls the weather and over longer periods of time, the climate. The weather and the climate (e.g., near-surface air temperature) change with latitude and the seasons (the x axis along the graph). We need a better understanding of what drives the weather on Mars for future human missions to the Red Planet. 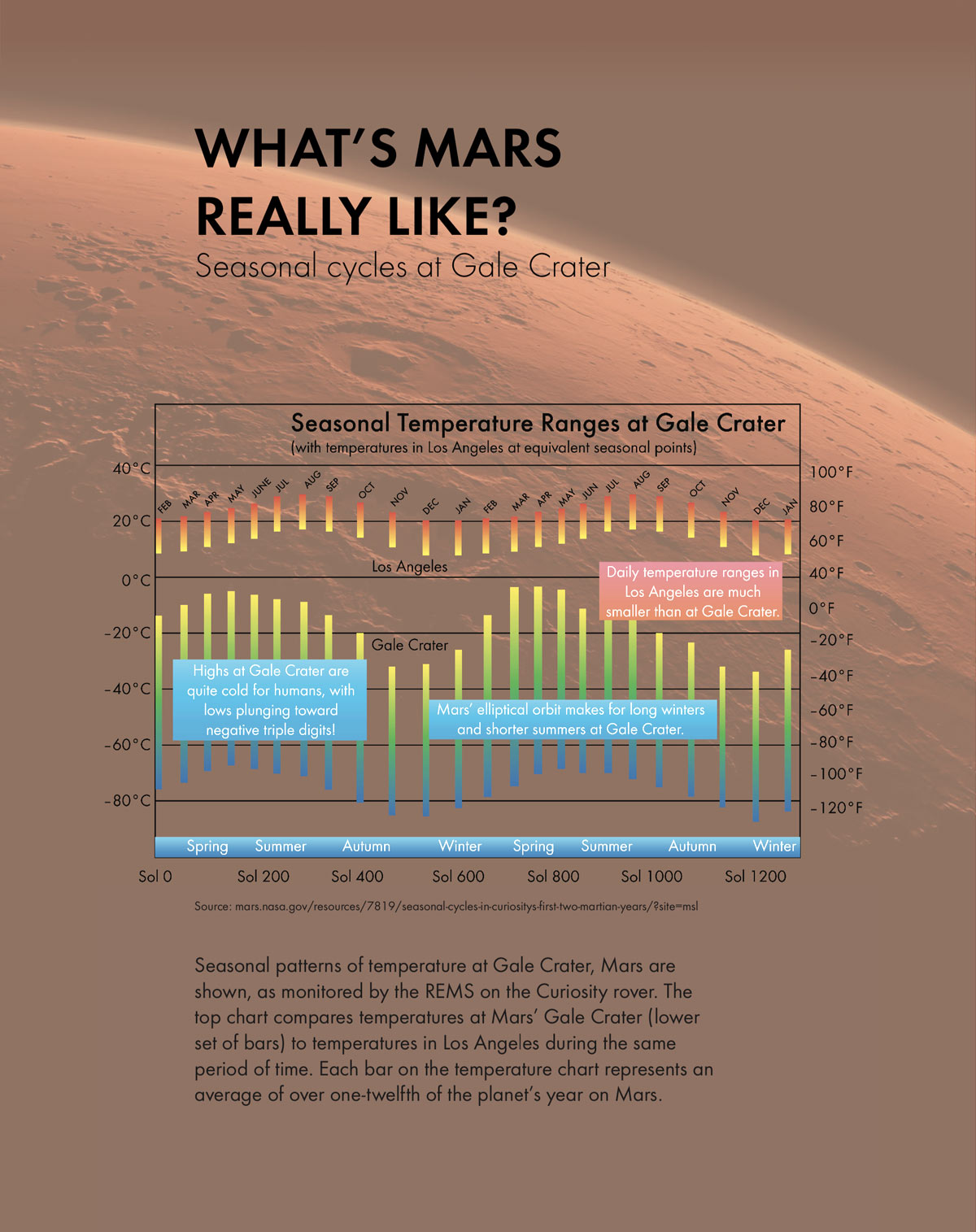 Seasonal patterns of temperature at Gale Crater, Mars are shown, as monitored by the REMS on the Curiosity rover. The top chart compares temperatures at Mars' Gale Crater (lower set of bars) to temperatures in Los Angeles during the same period of time. Each bar on the temperature chart represents an average of over one-twelfth of the planet's year on Mars. 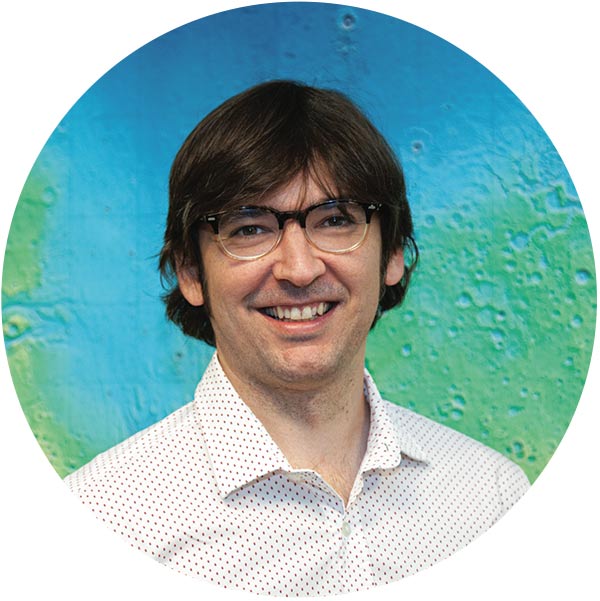 Dr. Germán Martínez is a staff scientist at the Lunar and Planetary Institute with a diverse background in data analysis, numerical modeling, instrument development, and laboratory work. He is a team member of NASA’s Mars Science Laboratory (MSL) mission, where he analyzes the environmental conditions measured around the clock by the Rover Environmental Monitoring Station (REMS). He is a co-investigator on NASA’s Mars 2020 mission, where he defined the scientific requirements of MEDA’s Thermal Infrared Sensor (TIRS), which will measure the net thermal infrared (heat) and solar radiation at the surface of Mars for the first time.