Asteroid Named in Honor of Kring

The science community, through the International Astronomical Union (IAU), honored Dr. David A. Kring and his work by assigning asteroid 8391 the formal name “Kring” in the year 2000. Electronic copies of the discovery images captured by the Spacewatch Telescope at Kitt Peak National Observatory are provided below, followed by the citation that was released by the IAU. Based on the absolute magnitude of the asteroid (H = 12.4), the diameter is estimated to be 10 to 15 kilometers. That is comparable in size to the asteroid that produced the Chicxulub impact crater and extinguished most life on Earth 65 million years ago. 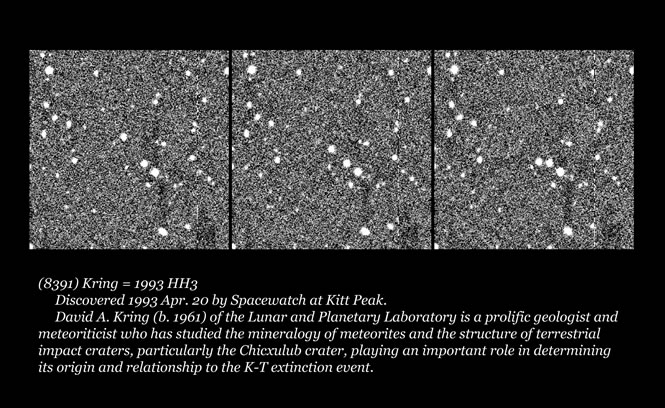