The colored polygons in this global map show the only locations that are topographically mapped on the ice-covered satellite Europa. These mapped areas represent less than five percent of the total surface. The Europa Clipper mission in the early 2030s will fill in more of this map.

The randomly targeted site on the leading hemisphere is dissected ridged plains with relief of 1 km (1 kilometer = 0.62 mile). Relief of this magnitude is some of the highest seen on Europa and can only be supported if the ice shell is several tens of kilometers thick.

Conamara Chaos is a region of Europa's icy shell that has been violently disrupted by the uplift of warm ice from below. This feature is a 10–20-kilometer-wide zone ( 6.2–12.4-mile-wide zone) of fragmented ice blocks showing no more than 500 m (546 yd) of total relief.

NASA's New Horizons spacecraft conducted a detailed stereo imaging campaign during its 2015 encounter with Pluto and its large moon Charon. These views of their northern hemispheres reveal much about the terrain of the northern polar regions of Pluto and Charon.

Charon is surprisingly rugged, with the most relief of any large icy body other than Saturn's Iapetus. This view of Charon's northern hemisphere shows a large impact crater and deep linear troughs that have broken the icy crust into large blocks.

North of the south polar vent ridges, areas are often covered by dozens of meters of very fine grain ice crystals deposited from the vent plumes. At this location, we see partially buried fractures and pits, providing clues to how long the ice crystals have been deposited.

Even Uranus' tiny moon Miranda, with a diameter smaller than the state of Louisiana, has been tectonically resurfaced, resulting in terrain similar to Ariel. The colorized topography map of Miranda also has a vertical range of 10 kilometers (6 miles).

Uranus' ice-rich moon Ariel is one of the most extensively resurfaced bodies in the outer solar system with deep rift valleys, tilted crustal blocks, and smooth plains. This topography map (colorized) of Ariel shows a vertical range of 6 kilometers (3.5 miles) between the highest and lowest point.

Topographic mapping allows us to better visualize planetary surfaces. These perspective views were created from three-color global mosaics and digital elevation maps of the midsized icy moons of Saturn. They reveal a wealth of geologic complexity including impact craters, tectonic fracturing due to planetary cooling, and large equatorial ridges formed by extinct rings around those satellites, like those on Iapetus.

Fractures and plains on Dione 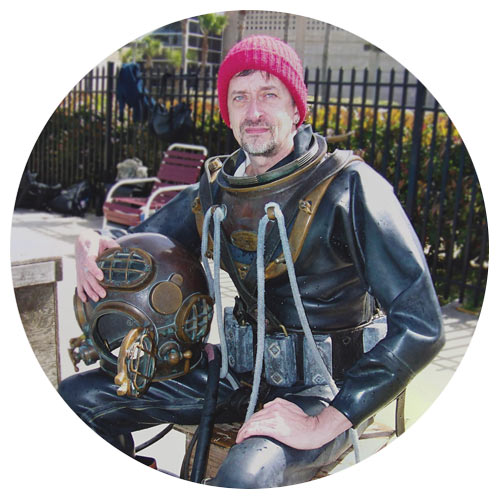 The relative elevations of geologic terrains of planetary surfaces provide critical constraints in understanding how surfaces have evolved over time. They also provide important geophysical constraints on the nature of the interiors of planetary bodies, including the icy moons of outer solar system planets. At present, our best tool for mapping the topography of icy moons and planets is stereo imaging returned from spacecraft. Dr. Paul Schenk uses stereo images to derive measurements of surface elevations. These measurements may lead to discoveries, such as the large kilometer-deep depressions (or “dimples”) discovered on Enceladus.